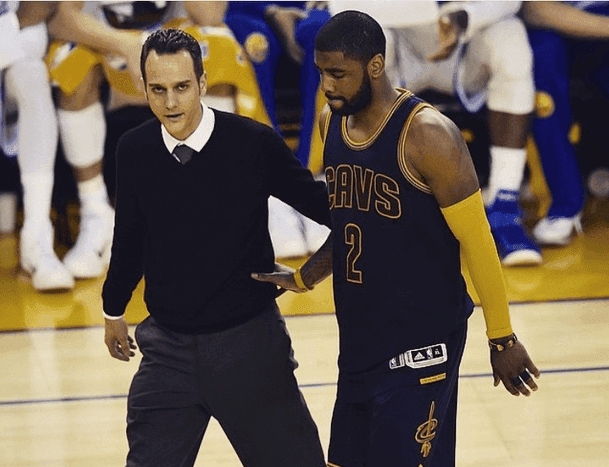 Kyrie Irving had his breakout 2014-15 season cut short in the worst time of all: The NBA Finals. It seems like that time missed season ending injury will also be carried into the 2015-16 season. According to Chris Haynes of Cleveland.com, Irving will likely not be ready for the season opener against the Chicago Bulls, and may not be ready to play until January.

At a basketball camp held by Irving, the star guard didn’t put a timetable on his return.

“I’m honestly not putting a date on anything. People are going to put a date regardless. I’m just continuing to be on the journey I’ve been on, and that’s continuing to get better every single day and rehabbing my leg.”

Just two weeks ago, Irving was already on the courts getting shots up, according to Steve Aschburner of NBA.com.

The Cavs addition of Mo Williams this offseason looks even greater with the news that Irving could miss time until January while the re-signing of Matthew Dellavedova to another deal will be very helpful as well. We all know what Delly can do for you as a scrappy and hard-nosed defender who can knock down threes and hit some timely shots, as shown in the 2015 postseason. Mo Williams is another huge addition to the Cavs after showing that he’s still a scoring machine to be dealt with after putting up 52 points in a road game last season against one of the NBA’s best defenses in Indiana.

The Cavs are clearly not going to rush back their future franchise player, so allowing Irving to fully recover from this injury and look at the big big picture that is an NBA Championship is the main goal. There’s always the chance that Irving returns at his 3-4 month timetable, but with Mo Williams on deck, Irving should take as much time as he needs to get back to 100%.

See How Kyrie Irving’s Injury Will Affect The Cavs