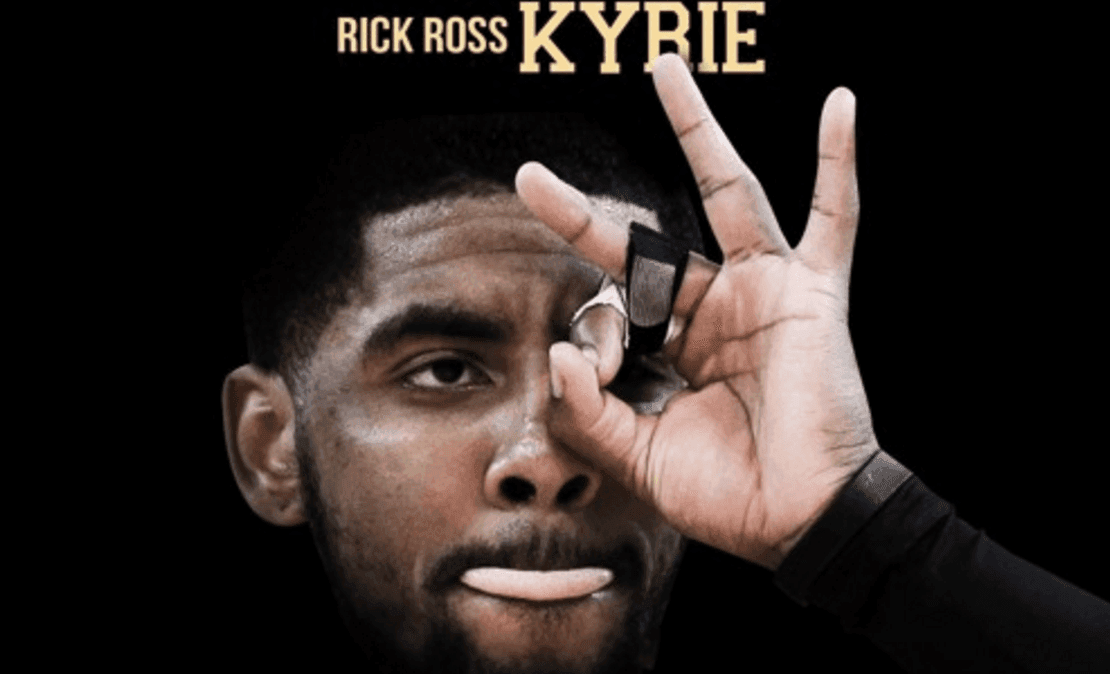 Nowadays in the NBA, you know you’re doing something right when a major recording artist gives you a shout out in their lastest song. LeBron James has been mentioned numerous times, especially in Jay Z songs, but now it’s Kyrie Irving’s time to shine in the music world.

Grammy award winning artist Rick Ross has featured Irving in his latest track – “Kyrie”. Ross has even put Irving on the cover art of the track with his face and three point celebration.

It’s only fitting for the 24 year old who has been superb to start this campaign. He is currently averaging a team high 24 points per game along with five assists and 40% from three point range. He has achieved a lot in his career so far, including an NBA championship, All-Star game MVP and Olympic gold medal, and he can now add this to the growing list. NBA players and recording artists have created a culture and special bond in recent years, and now Irving has joined that company.

LeBron James, Beyoncé and recently elected President Donald Trump are also mentioned in the track.
Check out the song below.

Look for Uncle Drew to continue to grace your radio stations as his career progresses.