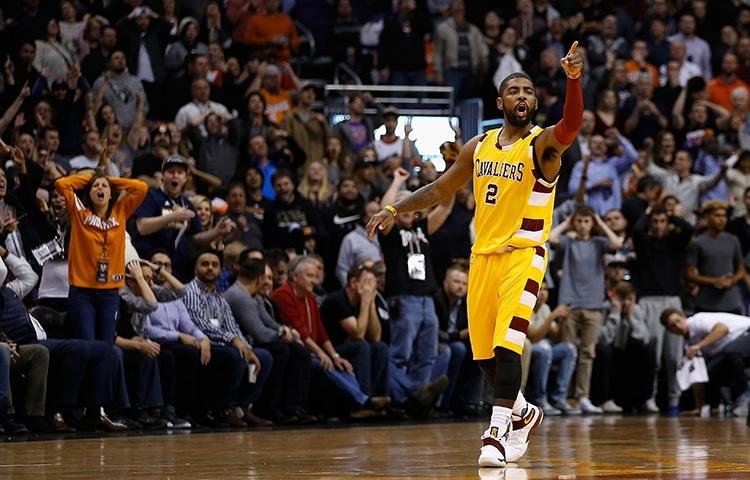 With four games under his belt, Kyrie Irving is slowly getting back to his old self, thanks to a strict and patient minute-management approach by the Cleveland Cavaliers. The All Star point guard has seen his minutes increase gradually from 17 in a blowout game to 24 in his coming out contest against the Phoenix Suns.

Interestingly, his return coincided with the dreaded four-games-in-five-nights stretch of the team. The Cavs, armed with a long term plan, elected to not push the envelope when it came to the floor time of Irving. As such, Chris Haynes of the Northeast Ohio Media Group reported that Kyrie Irving will only start to play in back-to-backs after their visit to Denver.

But Irving, because of his careful comeback from knee surgery, won’t be activated for Wednesday’s contest against the Denver Nuggets.

He’s following the team’s recovery plan of being inactive on the second game of back-to-backs.

He saw action in the much-hyped Christmas Day game against the defending champions but sat out the next game which the Cavs lost in an embarrassing fashion. In Haynes’ article, Irving shared his optimism for the rest of their games.

VIDEO: LeBron James Gets Hot From Perimeter Against Nuggets

That will be the last time I miss a back-to-back and the last two games hopefully I miss for the rest of the season.

Any game from this point, being out for as long as I was, is going to be tough to sit out from. But like I said, I let go all of my selfish emotions coming back. The team knows, as well as the coaches, what the preparation is and ending this year not playing in the back-to-backs, it works for me.

Against the Phoenix Suns, Irving returned to his old fourth quarter dominating self as he ended the night with 22 markers including the dagger trey. He’s currently averaging 13.0 points, 1.5 rebounds, 3.0 assists, and 1.0 steals in 21.5 minutes, but expect an upward tick in his production moving forward.