The Eastern Conference Semifinal opponent of the Cleveland Cavaliers has finally been decided. The Cavs will be taking on the Chicago Bulls in the second round of the NBA playoffs starting Monday, May 4.

Kyrie Irving opened up to the media following Thursday’s practice regarding the team’s mentality for the next series and the feeling about Kevin Love’s season ending shoulder surgery:

“I’m hurting right now. I’m doing everything to just process it, but i have to move on.”

“It’s just more of a devastation for us as a team. We’ve been building something for so long and internally ,we’ve done a great job of keeping everything in house and taking care of each other. And when one of your brothers goes down, there’s a piece of us that went with him.”

RELATED: Head-to-Head Look At The Cavs-Celtics Matchup and Schedule!

Kyrie Irving said that David Griffin however, has done a great job bringing in veterans to deal with these kinds of situations. Irving even called Griffin a genius. Some players like Mike Miller and Brendan Haywood have seen much playing time this season. Head coach David Blatt hinted that, while guys like James Jones and Miller are line to see more playing time, Iman Shumpert is going to be the key wing player on both ends of the floor, especially with J.R. Smith out two games due to a suspension.

“He’ll be ready to give us what he needs to,” Blatt said of Shump. “We’ve got other guys who are pretty good shooters too, guys who can space the floor. We’ve got a lot of great professionals who understand this time of year.”

Kyrie Irving, who not only played, but won his first career playoff series this past Sunday, said he was ready to celebrate the series win with the team should they have won on Sunday.

“It was a gift and a curse when I went home after Game 4 (of the Celtics series),” Irving said. “Obviously I wanted to be excited. I wanted to jump around the room with all the guys because it was my first playoff series that we won, especially in a sweep. But when you find out J.R. and Kevin went down, it puts things in perspective and we still have to be locked in.”

“Next guys have to step up. He (Love) can’t be replaced, but we have to find a way to make his presence still be felt out there.”

Right now, the Cavs focus on the Bulls, who will come into the Q on Monday and try to steal Game 1 from Cleveland. Here’s a look at how the two matched up during the regular season.

David Blatt talked with Love following the surgery via text message. Love expressed his being anxious to start the recovery process. Blatt ended with this when asked about Love’s possible return to Cleveland next year.

“I sure hope so,” he said. “I’m full of hope and nothing I’d like better to see him back next year.” 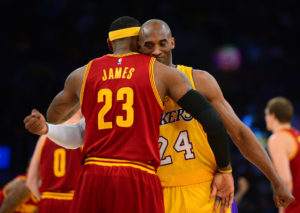