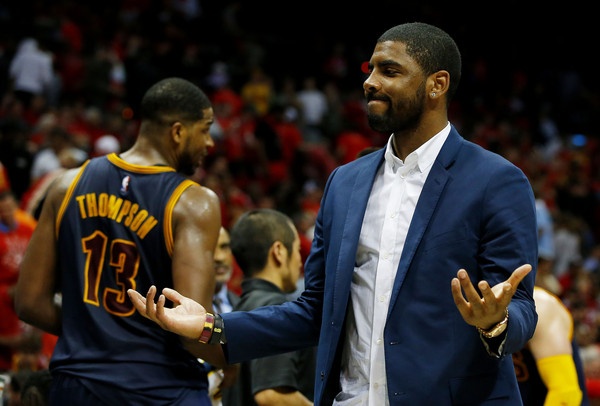 Kyrie Irving suffered a season ending knee injury in Game 1 of the NBA Finals. It was a disappointing end to a great season. In his first and only Finals game, he scored 23 points with seven rebounds, six assists, four steals, and two blocks.

Irving flew out to Cleveland immediately after his MRI on Friday and had successful surgery on Saturday. While Irving was unable to rejoin the Cavs in time for Game 2, he was able to watch the game and cheer on his team from his hospital bed.

After the victory, he posted a message to his teammates on Instagram congratulating them on the huge Game 2 victory. 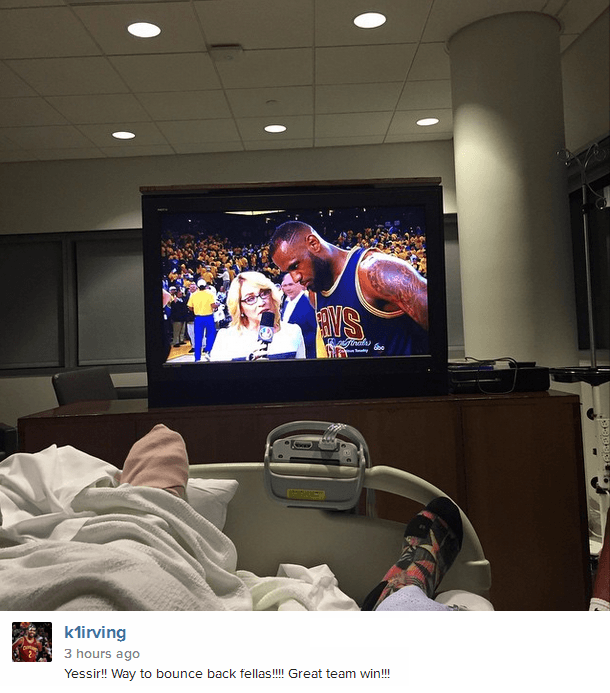 This was more than just a victory. It was the first NBA Finals victory in Cavaliers’ franchise history. It was a hard fought win without two of their All-Stars and on the road in what has been the best home crowd of the season.

Game 3 will be at the Q, where the Cavs will play to keep their hard-earned home-court advantage. 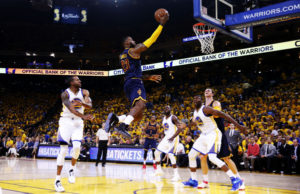