Kyrie Irving on comparing this season with last year's campaign 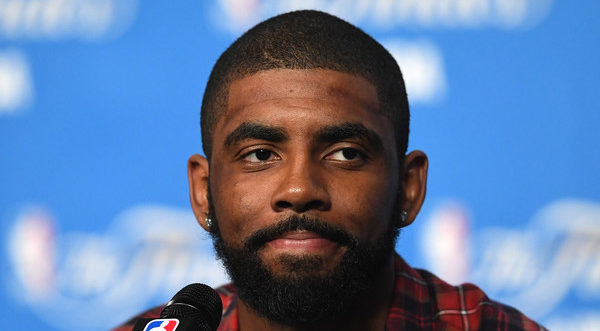 Last year, the Cavaliers finally ended Cleveland’s 52-year championship drought in epic come-from-behind fashion by defeating the Golden State Warriors in Game 7 of the NBA Finals. Last year’s campaign had its share of ups and downs, sure, but how does it compare to this season?

At this point last season (March 24, 2016), the Cavs were holding a 51-20 record and led the Eastern Conference by two and a half games over the Toronto Raptors. Now (March 25, 2017), with 11 games remaining in this year’s regular season, the Cavs are carrying a 47-24 mark and leading their conference by just one game over the Boston Celtics.

Like this season’s Cavs, the 2015-16 Cavs dealt with quite a few injuries to their lineup. Kyrie Irving missed a portion of last season due to a fractured left kneecap that he suffered in Game 1 of the 2015 Finals against the Warriors. Former Cavaliers point guard Mo Williams missed nearly a month with an injured left knee. Iman Shumpert went down with a wrist injury and was sidelined until January.

This season, the Cavs find themselves dealing with the injury bug again. At the beginning of the season, Chris Andersen, who was brought in to be a rim protector of sorts, suffered a season-ending ACL injury and was subsequently dealt to the Charlotte Hornets. J.R. Smith fractured his thumb in December and missed 33 games before he was able to return to play. Kevin Love suffered a knee injury in February and underwent surgery that caused him to miss just over four weeks of action. Andrew Bogut, another player who the Cavs brought in for paint presence, suffered a season-ending leg injury just moments into his debut with the team. Kyle Korver, who was traded to the Cavs from the Atlanta Hawks before this year’s trade deadline, missed seven games due to soreness in his foot.

Making things a bit worse this season, the Cavs have been trying to acclimate several new players into their lineup, including Korver, Derrick Williams, and Deron Williams. When asked to compare this season with last year, Cavaliers star point guard Kyrie Irving says “you can’t even compare” the two.

“There’s no comparison, man,” Irving said. “Last year compared to this year, you can’t even (compare). It wouldn’t be fair. It wouldn’t be fair because you see how we go on (comparing) the record, what’s our record at this particular date, and honestly, none of that s— matters. We’re trying to go into the playoffs as healthy as possible. Everybody is getting back. It’s been a very, very weird season for all of us. Injuries here and there. Things to figure out. New player trades and stuff like that.

“We’ll figure it out,” Irving continued. “I’m not concerned, though. These guys, our culture that is built here now over the last three years has been very great and something that we can all lean on to. We just got to stay more connected and just be there for one another, and we’ll be all right.”

While there is not a drastic difference in records between this season and last, the most important things the Cavs need to focus on, as Irving says, is building team chemistry and staying healthy for this year’s playoff push.