Kyrie Irving Asked Mike Miller, “Is this, like, similar to what a playoff game feels like?” During Cavs-Bulls Game

During last night’s matchup against the Chicago Bulls, Kyrie Irving asked Mike Miller “Is this, like, similar to what a playoff game feels like?” during a timeout. Kyrie has only been in the league for 3 seasons and has yet to play a playoff game yet and seems anxious to. Mike Miller on the other hand is a playoff veteran and is a 2x NBA Champion. The Chicago Bulls are a favorite this year in the Eastern Conference and have a very competitive rivalry with the Cavs. Last night the Cavs were able to pull through in an overtime victory against the Bulls in what seemed like a preview of a playoff matchup between the two teams. Don’t worry Kyrie, the playoffs are in reach this year as long as the Cavs work together and play smart basketball! 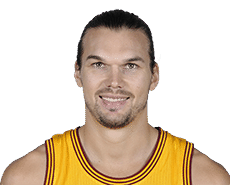