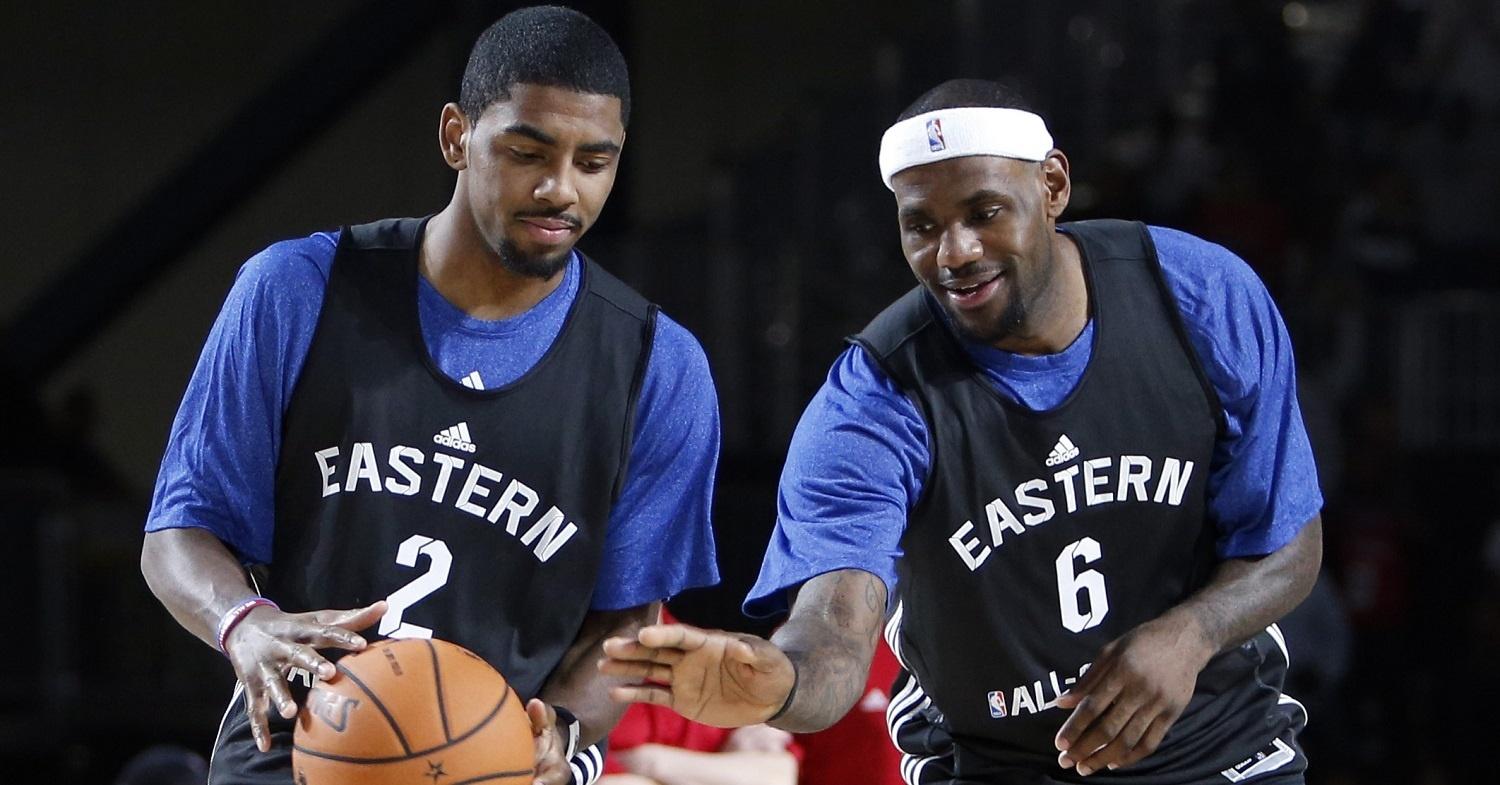 Heading into the midst of the preseason schedule, two of Cleveland’s biggest superstars will reside in suits on the bench: Kyrie Irving and LeBron James.

Kyrie Irving will continue to nurse his ankle injury and sit out of games until at least Friday, when the Cavs take on the Dallas Mavericks. He will miss Tuesday’s game against the Bucks, and Wednesday’s game against the Pacers. Gearing up for practice, Irving has lost the walking boot, and is maintaining movement in drills, as Coach Blatt describes it:

“Kyrie moved around a good bit today, not in live practice, but in terms of the drills that we had. That’s a good sign. We’re not going to rush it — we’re being careful because we want him back on his feet full strength. But he did take a step forward today, no question.”

Additionally, LeBron James has elected to miss tonight’s home game against the Milwaukee Bucks, mainly because it’s back-to-back to a game against the Indiana Pacers he plans on playing in. He too is nursing a minor injury: a sore back, which he’s been bothered by since his time in Miami.

“I haven’t quite figured it out. It will probably be one of these two games because it’s a back-to-back. I’m going to talk with Coach. They’ve been managing it pretty good. I’m feeling pretty good right now and I want to continue that.” – Lebron James

Both players’ injuries are precautionary. While Kyrie’s injury is temporary, LeBron’s injury has been nagging him for a long time, making the Kind’s decision to rest a prudent one. This is far from the darkest cloud that could eclipse Cleveland; the fact that this gives other, younger players more playing time gives that cloud a thick silver lining.

Get well soon, Kyrie and King!