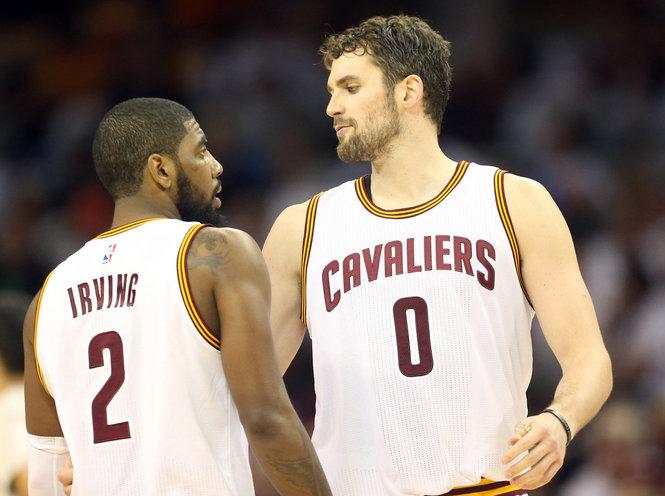 With the start of training camp about one month away, the players are putting the finishing touches on their vacations and entering the basketball world for another seven-to-nine month grind. This offseason has allowed players to rest up their injuries, and no one has needed a break more than Kyrie Irving and Kevin Love.

Kyrie Irving suffered throughout the playoffs with left knee tendinitis that made it increasingly painful to play on. To make matters worse, he also had a sprained right foot, slowing him down whether he drove left or went right. The one that topped off of these terrible injuries was the fractured kneecap suffered when Irving’s knee got bumped by Klay Thompson’s in Game 1 of the NBA Finals.

Recently, both sides have received some great news as Kevin Love is now expected to be back on the court while Kyrie Irving is still only getting shots up, but should be ready for training camp next month. Steve Aschburner of NBA.com and Ramona Shelburne of ESPN reported it first:

Irving has yet to play a full, 82-game season, but the Cavs are already discussing a minutes reduction for Irving, James, and possibly Love. If everything going well and according to plan, Irving and Love be ready for the Cavs training camp after the midway point of September.