Kyle Korver gives his thoughts on the Cavs-Warriors rivalry 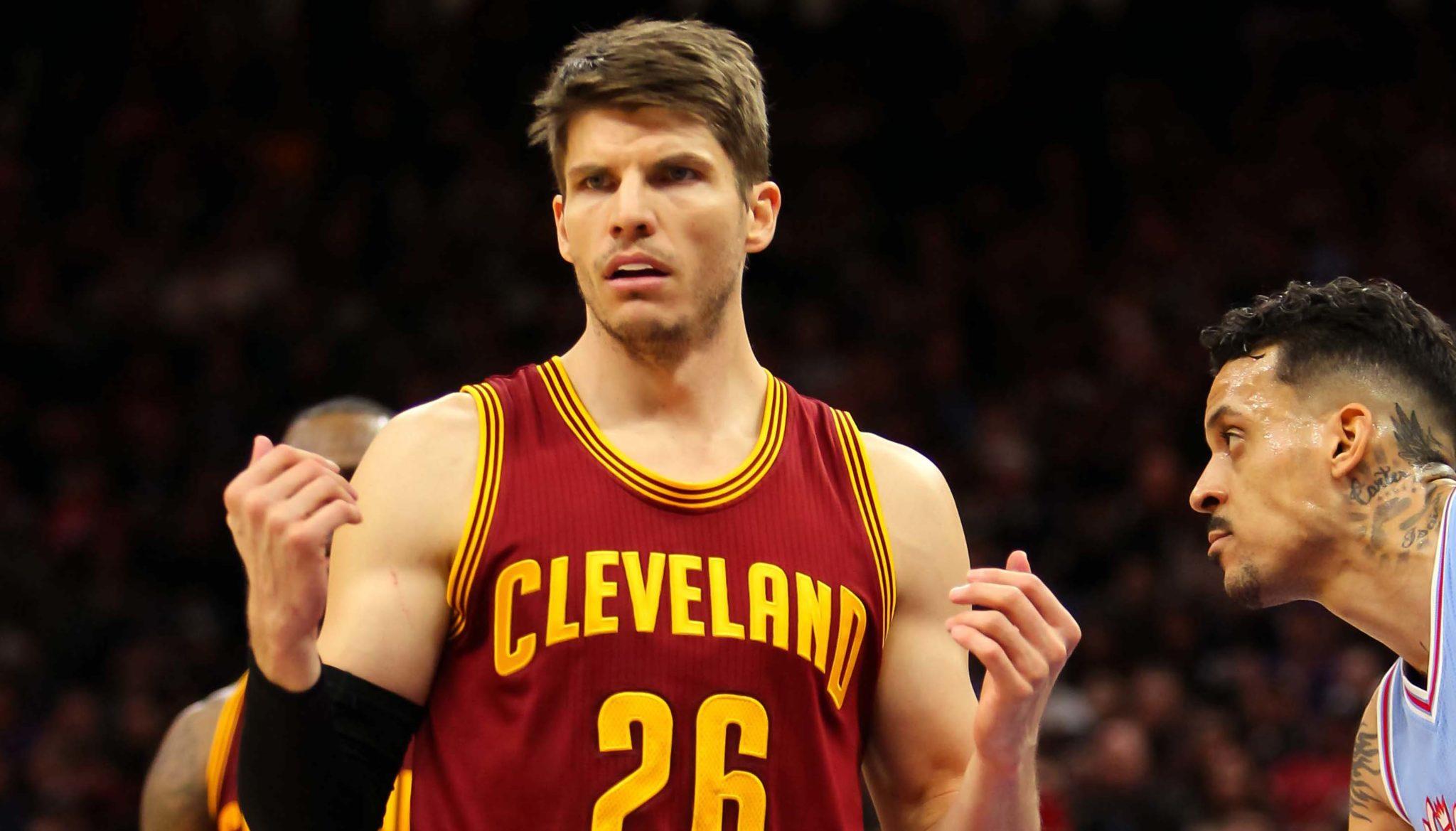 As the NBA’s defending champion Cleveland Cavaliers prepare for tonight’s match-up against the Golden State Warriors inside Oracle Arena, some members of the team are weighing in on the rivalry that seems to be developing between the two sides, including Kyle Korver, Cleveland’s newest acquisition from the Atlanta Hawks.

Following his first official practice with the Cavaliers on Sunday (the team’s first in 18 days), Korver spoke to members of the media with regards to the competitive nature between the Cavs and Warriors. Chris Fedor of Cleveland.com recants Korver’s quote in his recent article.

“It’s a rivalry it feels like. I don’t know how many of them (rivalries) there are in the NBA right now, but this feels like it’s at the top. Those are fun to be a part of. They’re heated, they’re competitive, there are great players on both sides and these guys have played against each other so much the last couple of years. This is my first time walking into it so I’m just going to try to add to what they’ve been doing.”

Adding a veteran sharpshooter like Korver brings an entirely new element to the game and this will only present major trouble for Golden State, as Cavs Head Coach Tyronn Lue tells Fedor.

“This is a different dynamic they haven’t seen,” head coach Tyronn Lue said of Korver. “A guy running off pindowns, off screens. The style in which he plays is really different from what they’ve seen the past two years from our team, so we’ll just see how they adjust to that.”

Korver, who is still trying to understand certain Cavs terminologies, has openly admitted that he’s trying to erase what he learned with the Hawks. Despite the learning curve, the 6’7″ swingman is coming off his best performance as a member of the Cavaliers. In Friday’s 120-108 win over the Kings, Korver racked up 18 points, five rebounds, two assists, and two steals in his 25 minutes of playing time which also included four three-pointers.

“We have a lot of weapons on this team and feel like I’m just an extra piece we’re trying to fit into this system we run here,” Korver said after Sunday’s practice. “But everything goes through first LeBron (James), then Kyrie (Irving) and then Kevin (Love). I feel like there’s so much attention on those guys it’s hopefully going to open up things for me. We have to be smart about it though. I can’t act like I have to…I don’t want to change the team. I don’t want to change what has been working for these guys. Just add to it. That’s the challenge for us.”

The Cavs, who will close the book on their current six-game road trip, defeated the Warriors on Christmas Day inside Quicken Loans Arena in grind-out fashion, 109-108. Golden State has won seven of their last eight games, so we’ll likely see another tightly-contested bout tonight.