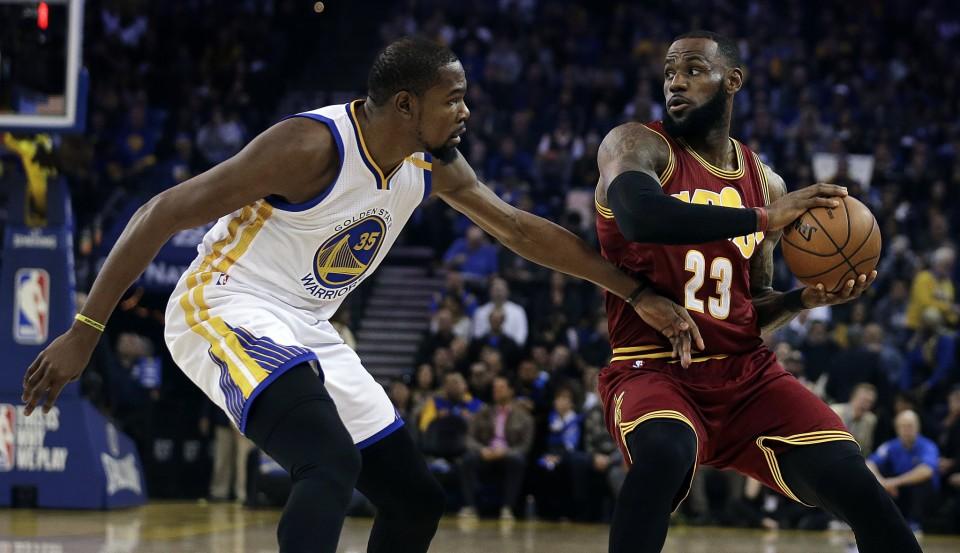 For the most part, the Cleveland Cavaliers and the fans will want to forget the most recent Golden State Warriors match-up.

The Cavaliers were smacked in the mouth early and never really recovered, but there was one play that the newest Cavalier, Kyle Korver, can’t get out of his mind.

Six minutes into the game, just after the former Atlanta Hawk had been sent into the game for his new club, he received a crazy wrap-around pass from LeBron James.

Korver spoke to Cavs.com about the play.

Korver was left completely stunned on the play, bewildered that not only had the pass been made to pin point accuracy, but that he was wide open.

“Oh my gosh. That was…I told it was my bad missing that shot, that would have been on his lifetime highlight reel,” Korver told cavs.com. “That was an incredible pass, I thought the play was kinda broken, he was trying to pick it up and he whipped it around his back, right at my head and I was like wow I have the ball, and I’m open. I hesitated and I missed the shot, but thats what he creates, he’s got an incredible feel for the game and, you know, it’d good to be on the other side of the ball with him.

The Cavs find themselves at 1-3 since the acquisition of Kyle Korver, but have yet to play at home. Korver will be welcomed by the rowdy Quicken Loans Arena for the first time on Thursday night, as the Cavaliers welcome the Phoenix Suns to town.

With the chance to settle himself and his family personally in Cleveland, and with the ability to practice at the Cleveland Clinic Courts, Korver’s initiation into the Cavalier rotation and offense can begin its honeymoon period.

It won’t be long before Korver becomes accustomed to catching impossible passes from the King, and when he does, you can be sure to hear “Korver, from deep in the Q” calls from Austin Carr, courtside.