Kyle Korver: ‘All I’m thinking about is my shot in the corner’ 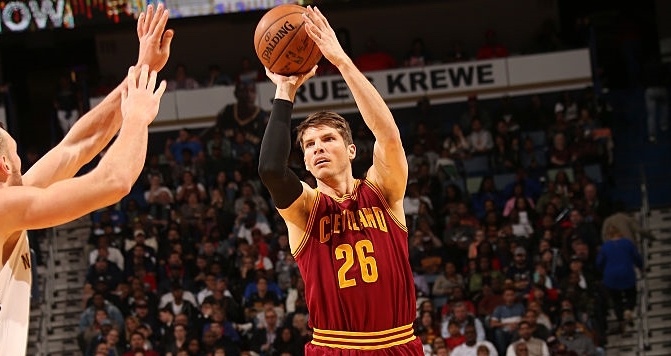 Last night, the Cleveland Cavaliers squared off against the Golden State Warriors inside Quicken Loans Arena for Game 3 of the NBA Finals, resulting in a hard-fought 118-113 victory for the road-bound Warriors.

Late in the fourth quarter of last night’s game, Cavs forward LeBron James drove to the rim, drew two defenders, then snapped a pass to Kyle Korver, who was positioned directly in front of Golden State’s bench. As most basketball fans know, Korver is one of the deadliest marksman in the NBA, so dishing the rock to a guy like him for a corner three attempt is a no-brainer. Korver had an open look, but for whatever reason, his shot didn’t fall.

“All I’m thinking about is my shot in the corner,” Korver told cleveland.com with a dejected look on his face after Game 3. “I’m sure there’s a ton of mistakes, but that’s the one I’ll be thinking about.”

Had Korver made the shot, it would’ve likely been the dagger, as the Cavs were leading by two with just one minute showing on the game clock. As a result of the miss, Warriors forward Kevin Durant grabbed the defensive rebound, calmly dribbled the ball to the other end of the floor, then buried a walk-up three over the outstretched arm of James to give his team a one point advantage.

“It wasn’t a play for me,” Korver admitted after the game. “Just spacing to the corner. Kev (Kevin Love) kind of screened in, was open for seconds. A shot that I’ve shot a lot of times. I thought it was good when it was up in the air. For whatever reason, sometimes you just miss.

“Man, got a great look in the corner that I still can’t believe didn’t go down. That’s one that I’ll be replaying.”

The only thing Korver and the Cavs can do now is fight, lest they be swept by the Warriors. Game 4 is scheduled to tip at 9:00 p.m. on Friday, with ABC having live broadcast rights. 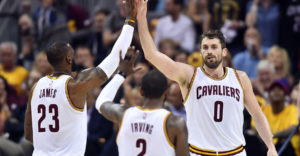 JUST IN: LeBron James and Kyrie Irving combined for 77 points, the most by a duo in a loss in NBA Finals history.
Related TopicsCavaliersKyle KorverWarriors