Kristaps Porzingis Versus LeBron James Is Still A Fantasy, But Close To Become Reality 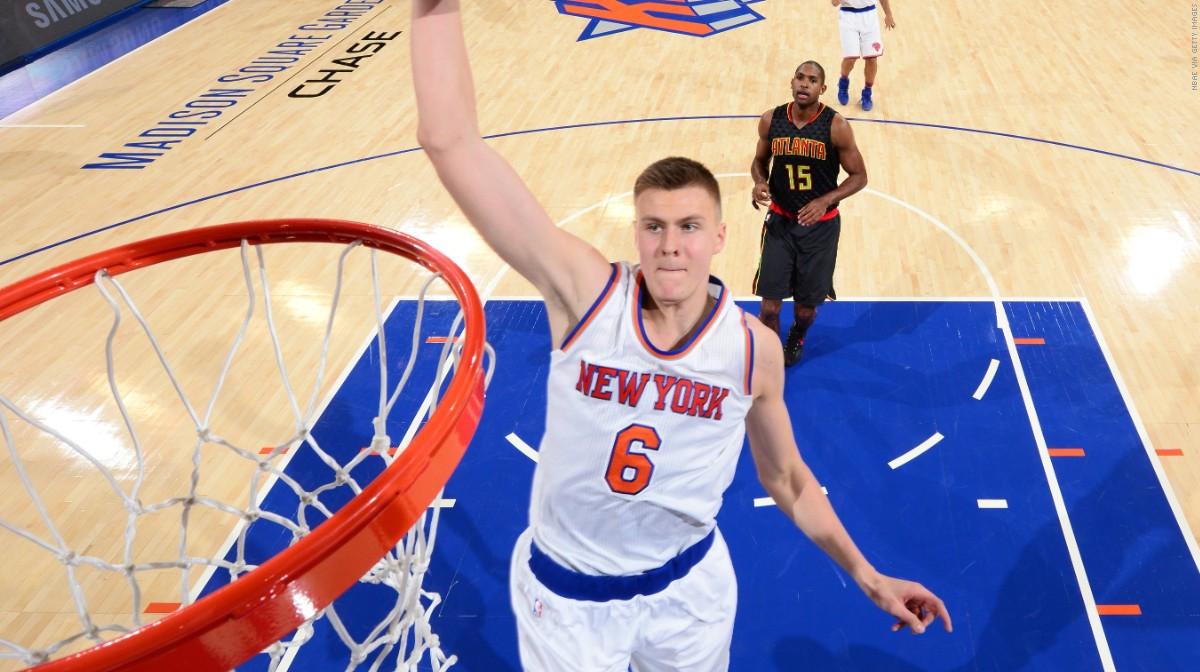 Kristaps Porzingis has blossomed at an early juncture in the season and New York Knicks fans everywhere are liking what they’re seeing from the young man that got booed, by no one else but Knicks fans themselves, on draft night.

For all his seven-foot-three glory and potential, the Knicks rookie is just like everyone of us in one aspect and that is in terms of his playing experience against LeBron James.

Kristaps Porzingis, when asked if he's ever played with or against LeBron James: "Only in 2K."

Porzingis is averaging 11.8 points, 8.3 rebounds, 1.8 steals, and 1.0 blocks in 23 minutes of floortime. But it’s all about potential when talking about the lanky Latvian as even in the 2K game, his current rating is 73 while James is at 94.

RELATED: LeBron James Takes It Back A Few Centuries In Themed Party

He’s not the only notable player to admit it, either. Oklahoma City’s Kevin Durant admitted that he also plays as LeBron in NBA 2K.

You can’t help but wonder what prompted that question, but that will no longer be the case for Kristaps Porzingis once he suits up when his Knicks visit LeBron James’ Cavaliers.