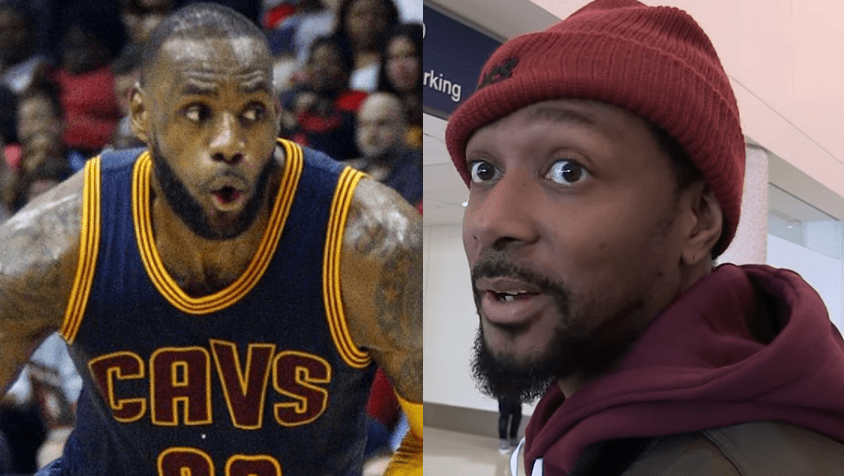 Last week, the defending NBA champion Cleveland Cavaliers played a back-to-back set of games against the Memphis Grizzlies. After besting the Grizzlies on Tuesday night (103-86), Cavs Head Coach Tyronn Lue announced that LeBron James, Kevin Love, and Kyrie Irving would all be held out of the following night’s meeting for the purpose of rest, which resulted in a 93-85 defeat.

A lot of people were put off by Coach Lue’s decision to rest Cleveland’s three stars, including Krayzie Bone, who is a well-known member of the Cleveland-based rap group: Bone Thugs-N-Harmony.

A TMZ reporter recently caught up with Krayzie Bone to get his opinion on Coach Lue’s decision to rest Cleveland’s Big Three on Wednesday night, asking:

Do you think it’s fair to the fans?”

Krayzie Bone, seeming to agree with the outrage experienced by many fans, replied, saying:

TMZ’s reporter then asked Krayzie Bone if he would expect a similar reaction from his fans for missing a show, saying:

Imagine Bone Thugs went out and did a big show, right. Everyone is supposed to be there. You and Bizzy (Bone) decide, you know, we’re going to rest. Would you expect backlash from the fans?”

Hell yea. Our fans always cuss us out whenever we try to get rest. Ain’t no such thing as rest. They want us to be right there on stage, so we know how they feel.”

“I mean, who knows what he’s going through. Maybe he needed the rest, you know what I’m saying? I wasn’t there, but fans want to see him ball. People should show up, man.”

JUST IN: Kyrie Irving not in favor of media members having a role in All-Star voting
Related TopicsCavaliersKevin LoveKyrie IrvingLeBron James