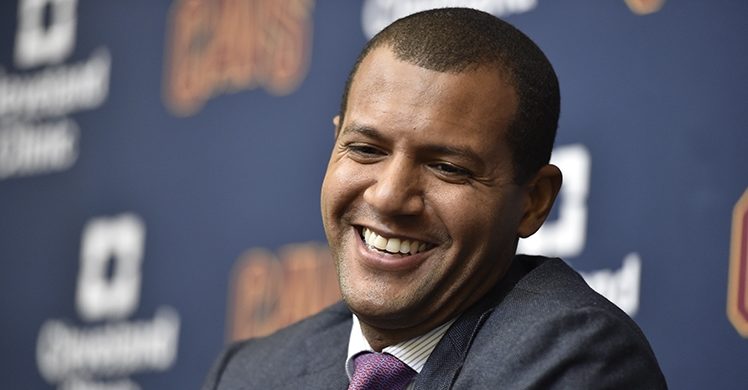 There’s been plenty of behind-the-scenes drama in the Cleveland Cavaliers organization this offseason, and it appears that newly-appointed general manager Koby Altman had just inadvertently stirred the bubbling pot of turmoil a little bit more.

The 34-year-old Altman, who was officially named as the new Cavs GM this past Monday, was contacted by SportsCenter and was asked about his thoughts on the recent signing of Derrick Rose. What’s interesting about Altman’s take is that he sees the former league MVP as a great “off-the-bench, backup point guard” and that Rose is “ready for that role”:

Just about everybody following the NBA assumed that the Cavs struck a deal for Rose in anticipation of the possible departure of their current starting point guard in Kyrie Irving, who made it known that he wants to be traded to another team. However, it turns out that Altman has different plans for his team’s newest recruit.

In Rose’s eight seasons in the NBA, he was a starter in all but one of 470 games. Although the former MVP has had numerous bouts with injuries throughout his career, he’s still only 28 years old and averaged 34.5 minutes per contest when healthy, which makes Altman’s remarks rather peculiar.

If the Cavs do manage to trade Irving before the upcoming season starts, their roster would have three natural point guards: Rose, Jose Calderon, and Kay Felder — granted that Cleveland don’t get another point guard in return. The 35-year-old Calderon started just 13 games last season — 11 as a member of the Los Angeles Lakers and two with the Atlanta Hawks — and basically posted career-low numbers across the board. Felder, meanwhile, played 42 games for Cleveland last season, but barely averaged 10 minutes of action per night mainly with the role of stepping in come garbage time.

As such, Altman’s decision to have Rose come off the bench doesn’t add up. The Cavs didn’t pay a whole lot to sign Rose to a one-year deal ($2.1 million), but the three-time All-Star, by far, has a better track record than over-the-hill Calderon and unproven Felder combined.

Then again, until Irving does indeed find a new home – he’s still under contract with the Cavaliers until 2020 with a player option on the final year — Altman’s logic behind Rose as merely a backup point guard does make sense. It’s just going to be really awkward with a frustrated Irving and a thirsty-for-action Rose on a timeshare.

The plot thickens for Cavs Nation. 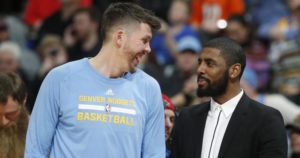