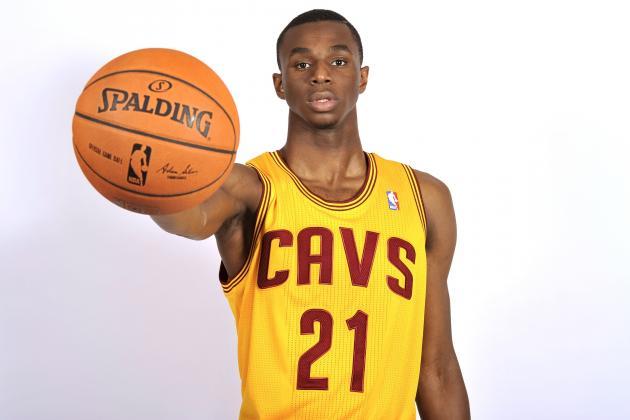 Kobe Bryant is arguably one of the best players of all time. Even realistic Cavs fans will agree with the common basketball fan that Bryant has built a resume for himself that puts him amongst the league’s all-time greats. For that, he has a lot to thank the Charlotte Hornets in the 1996 NBA Draft.

The 1996 Draft featured the likes of greats in Allen Iverson (1st pick), Marcus Camby (2nd), Ray Allen (5th), Peja Stojakovic (14th), Steve Nash (15th), Zydrunas Ilguaskas (20th), and Derek Fisher (24th). Charlotte traded their #13 pick Kobe Bryant to the Los Angeles Lakers for Vlade Divac. At the time, this looked like a big win for Charlotte as they exchanged a rookie out of high school for the disciplined and talented center. Divac’s averages at the time were 12.4 points, 8.5 rebounds, 2.5 assists, 1.3 steals, and 1.6 blocks per game while shooting 51% from the field. Although Divac would go on to be a solid player for the Hornets, who could’ve foreseen the success that Bryant’s future held for him as a Laker?

When one looks at the lengthy and talented Los Angeles Lakers history of statistics, Kobe Bryant’s name always pops up in them. He leads the stats sheets in almost all categories, and anything he doesn’t lead, he’s in the top 5 or 6. That is who Charlotte gave up in the 1996 draft.

Many believe the Cleveland Cavaliers are in the same position with the 2014 number 1 pick Andrew Wiggins, after having traded him to the Minnesota Timberwolves along with 2013 number 1 pick Anthony Bennett for All-Star Kevin Love. Did they really make a mistake by trading the highly-coveted Wiggins and his potential for a proven All-Star in Kevin Love?

When asked about the Andrew Wiggins situation prior to the trade, Bryant said that Cleveland was making the same mistake that Charlotte made with him; that they are giving up the NBA’s future superstar in exchange for Kevin Love. Now he might be right, but there’s also the possibility that he doesn’t want Love in Cleveland simply because it makes the Cavaliers even more heavily favored to win the East and the NBA Championship. Whichever way it’s looked at, Cleveland is going to be a force to be reckoned with this season and Andrew Wiggins will be a star in this league one day.

The Cavaliers could have been patient with Andrew Wiggins for his game to grow and develop under the watch of LeBron and Kyrie. It would have been an excellent opportunity for him. In LeBron’s SI letter to the public, he talked about Kyrie Irving, Dion Waiters, Tristan Thompson, and Anderson Varejao. However, he failed to mention anything about the number 1 pick, which foreshadowed the possibility of a future trade. There were reports of James wanting Cleveland management to bring one more big-name player to Cleveland, possibly Kevin Love. Once Cleveland and Minnesota began to strongly discuss trade terms for Love, it was clear that James wanted the ready and seasoned 6-year veteran Love in Cleveland with him, rather than the rookie who would rely heavily on his mentorship.

Does Cleveland Have Too Much Talent?

Shaq Makes His Choice Between Kobe Or LeBron

Also, with Kyrie Irving committing long-term and the return of LeBron James, the Cavaliers are in ‘win-now’ mode. Wiggins will not be an immediate star. He’ll take at least 3 full NBA seasons to begin completely showcasing his potential to the league. Although that doesn’t sound like too long to the common fan, LeBron is in his prime now and with Irving and Love peaking into their respective primes, the Cavaliers have to make their championship pushes now before father time kicks in.

With Andrew Wiggins in Minnesota, the Timberwolves will have a very young team with leaders Ricky Rubio, Andrew Wiggins, and Thaddeus Young (acquired in the Kevin Love trade from Philadelphia in exchange for Alexey Shved, Luc Richard Mbah a Moute, and the rights to the Miami Heat’s 2015 first found pick from the Cavaliers). The pressure to perform every night will speed up Wiggins’ development and bring his game to new heights. The Wolves will have a formidable starting lineup in Ricky Rubio, Kevin Martin, Andrew Wiggins, Anthony Bennett, and Nikola Pekovic.

Andrew Wiggins may very well become the next big thing in the NBA, but to the Cavaliers, Kevin Love is a more immediately effective player. Love will better compliment Kyrie Irving and LeBron James as of now. The Big 3 will all take lesser roles than they’ve had before on their respective teams, but will have to compete as a unit to prove that the Love trade was more successful than what could’ve been if the Cavaliers kept Wiggins. Mistake or not, the Cavaliers are all-in on Kevin Love, not Andrew Wiggins.