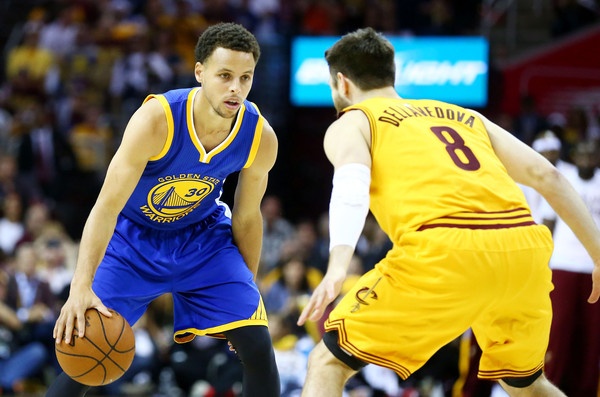 Klay Thompson and Stephen Curry have had a rough NBA Finals against the Cleveland Cavaliers and their pesky wing defenders.

Iman Shumpert has done a good job containing Klay Thompson for most of the series (Thompson did have a stellar 34 point outing in Game 2, but he was guarded by the small Delly half the time.

It has now been three great defense games on Curry by Dellavedova, although the last one resulted in a loss. A lot of people, including the infamously critical duo of Stephen A. Smith and Skip Bayless, have started giving Delly credit for his stellar play.

There is one person however, who is giving Delly zero credit, and is actually trash talking him. That man is Klay Thompson’s father, former Los Angeles Laker Mychal Thompson.

Mychal Thompson on the Warriors: "They have to make sure Dellavedova like he's Isiah Thomas again." http://t.co/QkirToo7fX

Mychal Thompson "Dellavedova, he couldn't stop Steph if Steph was asleep. Steph is that good of an offensive player." http://t.co/QkirToo7fX

Mychal Thompson on Matthew Dellavedova: "He's trying his little heart out, but come on. It's a joke to think he can stop Steph Curry."

After clearly not being given enough credit for his incredible defense and hustle, Delly ran out of gas in Game 4 of the Finals. He and the Cavs will now have two days until Game 5 to rest up and see what they can fix moving forward. 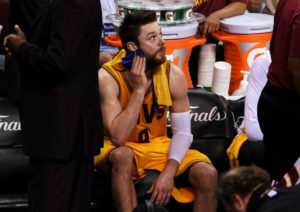