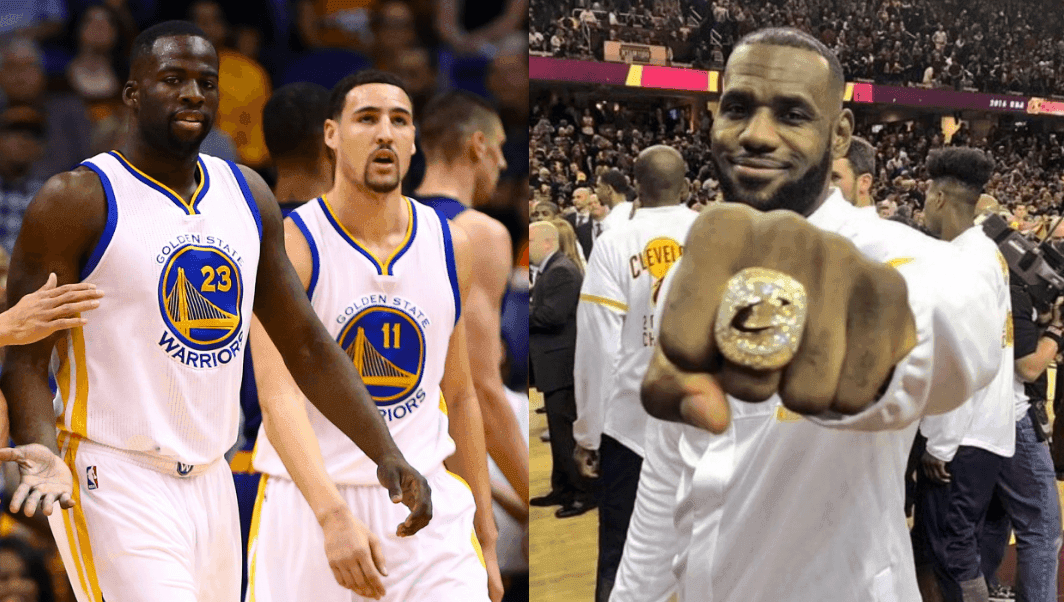 Last Tuesday, millions of people watched the Cleveland Cavaliers receive first NBA Championship rings and raise their first championship banner in franchise history to the rafters. There were probably a number of teams who watched the ring ceremony to add to their motivation this season. Knicks coach Jeff Hornacek wanted his team to get mad during the ceremony, and center Joakim Noah refused to watch, instead shooting free throws during the start of the ceremony until he was forced to step off the court.

While everyone watched the ceremony, the Golden State Warriors did not. In an exclusive interview with Chris Haynes of ESPN, Klay Thompson and Draymond Green revealed that they didn’t watch the ceremony and didn’t need to in order to be motivated.

ESPN asked Klay Thompson if he watched the Cavaliers’ ring ceremony to add fuel to his fire after the way last season ended and he said, “Hell nah.”

Draymond Green didn’t watch it either, saying, “I don’t need to look at that to get me motivated.”

Maybe the Warriors should have watched the ceremony, because they then came out and got blown out by 29 points to the San Antonio Spurs.

The Cavs have come out and taken care of business with a 3-0 record. The Warriors are 2-1 after defeating the Pelicans and Suns.