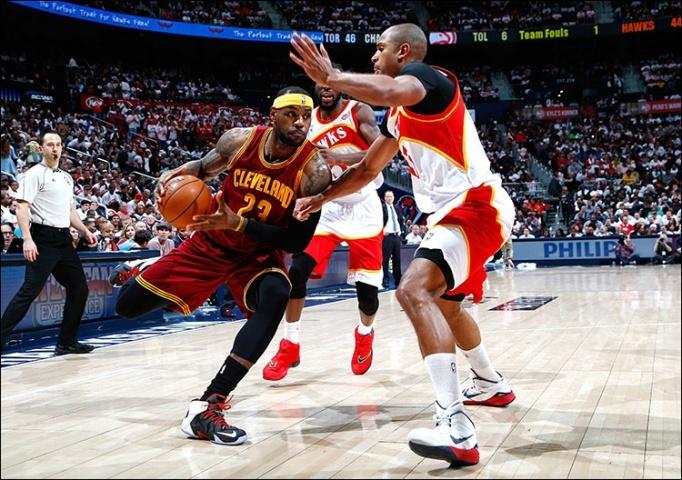 While Steph Curry, LeBron James, James Harden, Marc Gasol, Chris Paul, and the likes are leading their teams to highly successful runs, it’s blasphemous to ignore the contributions of their teams’ “other guys”. These players are considered to be their respective teams’ x-factors as they all make huge contributions to a wide area yet they choose to fade slowly into the background after their job has been done. We identified these contributors and detailed how they impact the game and ultimately their teams’ playoff fate.

One must learn to look into advanced stats in order to appreciate Dennis Schroder’s impact on the Eastern Conference leading Hawks. His season averages of over 9 points and 4 assists won’t turn heads but he has steadily improved his game through the course of the year to eventually have per 36 minute numbers of 17.8 points, 3.8 rebounds, 7.4 assists, and 1.3 steals after 68 games. The German point guard has also proven that he can stand toe-to-toe with All Star Jeff Teague in certain games which only emphasizes the Hawks’ luxury of having him and it enables their backcourt to never miss a beat. Schroder will keep pressuring his defender as he can do a myriad of things on the court and he allows the Hawks to have that extra gear.

Many considered J.R. Smith to be an excess baggage when the Cavaliers traded for him and Iman Shumpert back in January. He was supposed to provide instant scoring off the bench at best. But J.R. Swish has been nothing but a pleasant surprise to everyone as he’s come to embrace everything about the team. Two months ago, I would not imagine myself saying this but Smith has been a positive locker room presence while being a good soldier on the court. He’s done whatever Coach David Blatt wanted him to do, from staying disciplined on offense by not forcing the issue to keeping focused on defense and he’s received nothing but praises from his coach and teammates. Averaging 13.0 points on 42.8% shooting from the field and 39.5% from distance after 37 games, Smith is such an integral part of the Cavaliers’ scheme of things with his ability to spread the floor and apply good pressure on defense. He’s the one player outside of the Cavs’ big three who’s very much capable of exploding on any given night. Nikola Mirotic is no ordinary rookie as he’s already played professionally in the toughest league outside of the NBA and thrived in that level. The Bulls have such a gem in their corner as Mirotic has proven to be a very reliable player especially when one of their bigs misses time. In 13 March games, Mirotic picked up the slack from Taj Gibson and he absolutely exploded with averages of 21.0 points, 8.2 rebounds, 1.3 blocks, and 1.6 threes giving Coach Tom Thibodeau a very good problem to solve. His experience and versatility adds to the very tough Chicago frontline and it only makes the Bulls an even more dangerous team come playoff time. The Raptors bench is being led by the hot shooting Lou Williams who has averaged 15.0 points after 70 games. He is to the Raptors what Jamal Crawford is to the Clippers, an instant scoring spark off the bench. With Toronto not having the luxury of more scoring punch than what they only have, Williams becomes ever more important to the team as he’s the type of scorer whom Coach Dwane Casey can put into the game and not worry about him being cold. He’ll find a way to score no matter how much sweat he’s already put out.

Draymond Green is arguably the Warriors most versatile player. The only thing that he probably can’t do on the court is coach. He’ll give you buckets, grab those boards, set up his teammates, ballhawk the opponents, swat some shots, and even hit one or two treys. He’s so good that former All Star and the Dubs’ highest paid player in David Lee got relegated to the background in favor of the do-it-all forward out of Michigan State. There’s no need to worry if he can continue this type of performance up to the postseason as he’s just carrying off his momentum from way back to last year’s playoffs. 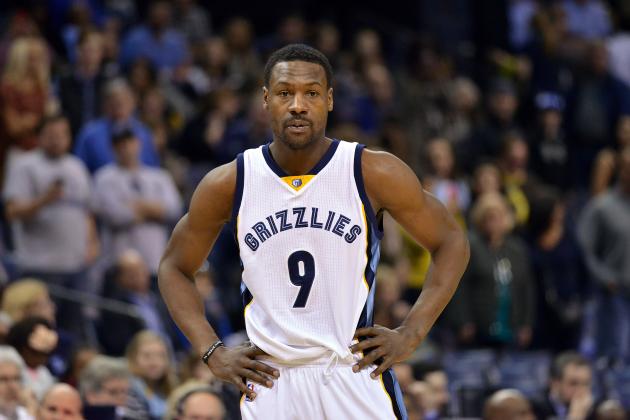 Despite averaging a little less than 9 points and over 2 steals per game, Tony Allen is not about the stats. He is Memphis’ bulldog and his main task is to stop the opposing team’s best wing scorer. He best personifies what the Grizzlies are all about and that is smashmouth old school style of basketball. His elite level defense is extremely crucial to the Grizzlies’ campaign especially when it comes to the postseason where every possession is magnified. Come playoff time, Allen won’t be asked to score but he’ll have the extremely crucial task of keeping in the face of the James Hardens and Klay Thompsons of the Western Conference. Terrence Jones is one of the Western Conference’s most efficient yet silent operator. He’ll just do his job without any flair, only sheer effectiveness, and by the final buzzer he’ll be up there among the game’s most prolific stat men with perhaps a double double, a steal and a block plus a three pointer. The 3rd year forward out of Kentucky could be considered a poor man’s Draymond Green as he does almost everything on the court aside from being a good assist ‘ man. Jones is a very consistent player and if he can stay healthy through the remainder of the Rockets’ campaign then Houston has itself another important weapon that could bring them over the hump.

Matt Barnes is one of Los Angeles’ most steady players and its most versatile wing. He has tons of playoff experience and is not afraid to mix it up with anyone, and I mean anyone. Barnes is a great three-and-D player who brings an edge to the Clippers’ game. The veteran forward is also enjoying a career year behind the arc shooting the ball with a 38.1% accuracy. Most importantly, his role as the team’s number one stopper should pay big dividends when the team goes deep in the playoffs and find themselves against James Harden’s Rockets or Klay Thompson and the Dubs.