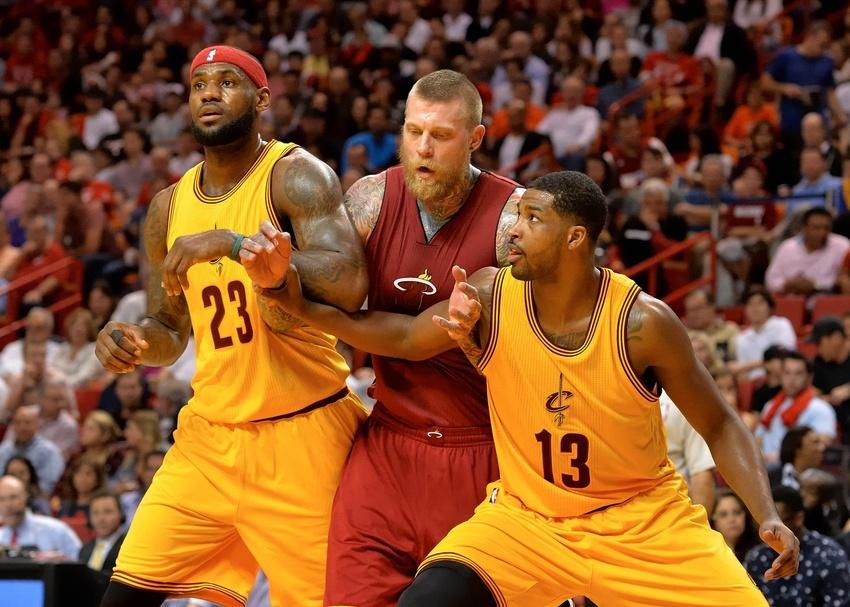 With the regular season smoke about to clear, the playoff picture is starting to become clearer by the day. However, the Eastern and Western Conference playoff races are two different stories with the former having three or four teams outside the 8th spot looking in and the latter with three teams battling for the final two playoff spots. On that note, we put our focus on the bottom four playoff teams from both sides of the map and identified their respective “x-factors” had the postseason started today. We start with the East: Ghostface Ilyasova has been a disappointment early this season but he has definitely stepped up in the absence of Jared Dudley and has slowly crept his way back into his old form, averaging more than 14 points and almost 7 boards while canning 2 threes per game over the past couple of weeks. If and when Dudley returns, the Turkish forward is still expected to get his minutes while giving Jason Kidd further depth. Being a stretch-four, his ability to knock down threes is a major asset, giving the Bucks another dimension in their offense but his non-stop motor is probably the most important factor that he brings to the court.

Hassan Whiteside is probably the biggest surprise of the season from being plucked out of nowhere by the Miami Heat to producing nightly double doubles. Whiteside has been a beast in the defensive end averaging 2.5 blocks after 40 games. To put it in perspective, had he met the required number of games to qualify for the league leaders chart now, he would have been at the second spot behind Anthony Davis. He is Miami`s lone rim protector and they will heavily rely on him come postseason to protect the paint. The playoffs is a totally different monster than the regular season so it`s going to be Whiteside against himself if he truly wants to stay on the court. The Boston Celtics got themselves a very reliable swiss knife and energy guy in Jae Crowder when the team let go of Rajon Rondo via trade. The 6’7” swingman out of Marquette has earned the trust of Coach Brad Stevens and has since seen his minutes go up from 10 per game in Dallas to 24 in Beantown. The Celtics have gone one game over .500 whenever Crowder plays more than 20 minutes and that is a telling stat considering the team’s competency so far. He’s able to play multiple positions on the floor and has even taken a crack at point guard duties a few times. Crowder is a two-way player who, since arriving in Boston, has averaged 13.6 points, 6.9 rebounds, 2.3 assists, and 1.5 steals per 36 minutes after 46 games as a Celtic.

Now, we take a look at some of the Western Conference’s key players for the playoffs. Arron Afflalo’s season started on a downward spiral as far as his stats go but he eventually found himself in a very good position to go deep in the playoffs with the Blazers. He’s a very capable defender who could guard three positions and this should prove vital in the postseason as the West is teeming with talented guards and wings. Portland has already lost starting shooting guard, Wesley Matthews, for the rest of the season but Afflalo is very capable of filling in for Wes as both of them are three-and-D players. Despite scoring 12.1 points per game in 8 games as a starter after Matthews went down, Afflalo’s shooting percentage leaves much to be desired but he is a veteran with plenty of playoff experience so that alone is enough to ease off the worries of fans in Portland. Once the former UCLA Bruin regains his touch, the Blazers will become even more dangerous. It’s very tough to choose one player from the Spurs because of the way they play the game – moving the ball around and always looking for the better shot. But one of the more able catalysts of the well-oiled machine that is San Antonio is Boris Diaw. We have witnessed from last year’s finals how he quietly dominated stretches of the game with his size that creates a lot of mismatches coupled with his skills. Diaw is an excellent and willing passer who perfectly fits into what the Spurs run that he even ends up being the one who gets more isolations than his other teammates because Pop knows that he will look to move the ball first and get his peers involved. His numbers don’t matter because the way he impacts the game does not show up in the stat sheet. Tyson Chandler is Dallas’ lone dependable anchor in the middle even with the presence of Amar’e Stoudemire who’s already a bit fragile nowadays. Not only he is gifted with the length and athleticism to change shots down the paint, Chandler is also a very intelligent basketball player. His true value are not the numbers that show up in the stat sheet but it is his immense basketball IQ. He understands the offense very well that he even directs his teammates and sets the right screens for the offense to move freely. Same goes on the defensive end as the former Defensive Player of the Year does not get lost on his assignment and is well aware of how things would turn out to maintain the Mavericks’ defensive rotation. Dirk Nowitzki even alluded to Chandler as the most intelligent player he’s ever played with.

Regardless of the fact that Dion Waiters is a former Cavalier, there’s no denying his value to the Thunder’s campaign this season. Indeed, Russell Westbrook is playing out of his mind right now but without Kevin Durant, who still doesn’t have a target return date after suffering a setback to his injury, Oklahoma City would still need that one extra person who has the ability to carry the team and become the playmaker. I bet that Westbrook is human and not a cyborg so Waiters needs to get ready for his number to be called by Coach Scott Brooks. Although his numbers aren’t the most glaring ones, Waiters has already proven that he has the tools and talent to take over games.