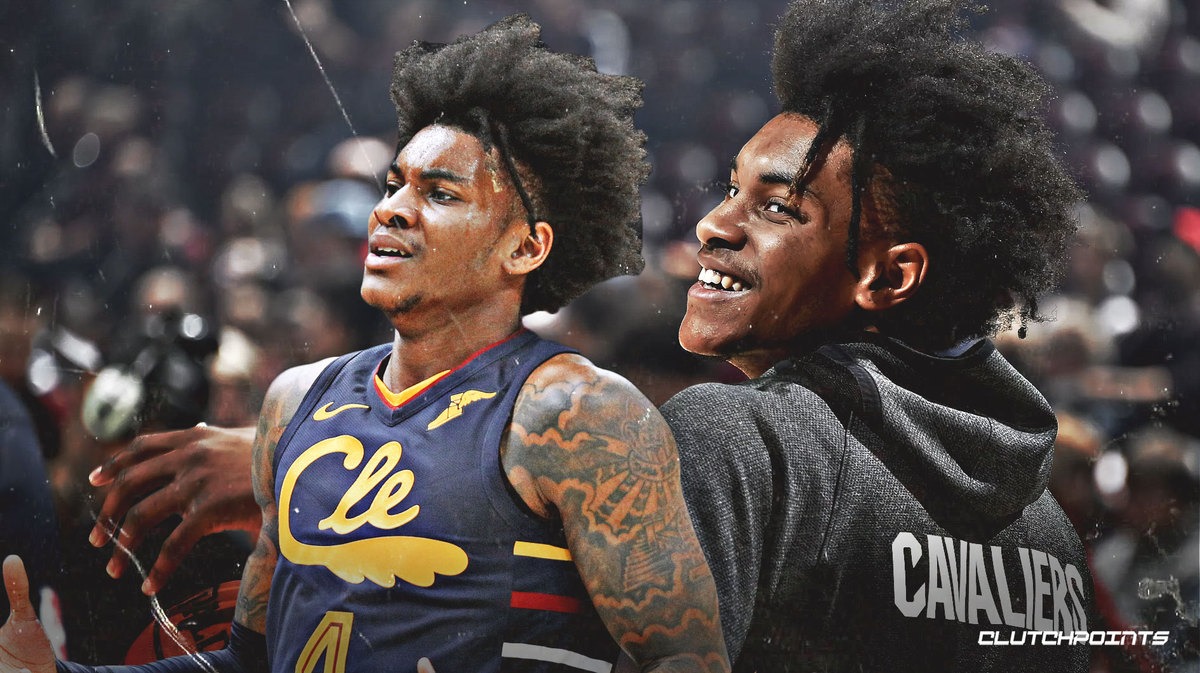 Kevin Porter Jr. is developing quicker than anyone expected

Kevin Porter Jr. is developing quicker than anyone expected

At the beginning of the 2019-2020 NBA season, Cavs fans were looking forward to the development of Collin Sexton and Darius Garland, Cleveland’s starting backcourt. Sexton is just 20 years old and Garland only 19, so growing pains were expected. That has certainly been the case thus far, as neither guard has really gotten going yet.

But as young as Sexton and Garland are, Kevin Porter Jr., the 30th overall pick in this past draft, is even younger. While some thought Porter could possibly see some time with the Canton Charge in the G League, he has quickly become a key part of the Cavs’ rotation, and his flashes have earned him increased playing time moving forward.

Porter was arguably one of the five most talented players in the 2019 NBA Draft class. Yet he was selected with the final pick of the first round, after the Cavs gave up a significant amount of future second-rounders and cash considerations in order to obtain the pick.

During his one season at USC, Porter’s numbers did not reflect his immense talent. His stat line of 9.5 points, 4.0 rebounds, and 1.4 assists in 22.1 minutes per game wasn’t exactly impressive. Add in the fact that he started just four of his 21 appearances, shot 52% from the free-throw line, missed time with an injury, and had rumblings of off-court ordeals and issues with the coaching staff, and KPJ’s draft fall becomes understandable.

No matter how talented, a team had to be comfortable with Porter’s lack of production and maturity issues. It was clear that most of the NBA wasn’t comfortable taking the risk on Porter, but the Cavs did their homework. They were repeatedly linked to him during the pre-draft process, with rumors indicating Cleveland was attempting to flip J.R. Smith’s expiring contract for a late lottery pick, where they would select Porter.

The Cavs were inexplicably unable to find a taker for Smith’s deal, but they still had another first-round pick by virtue of the Alec Burks trade from last season. However, Porter was not the selection at 26th overall, with the team instead opting for Belmont’s Dylan Windler. But as the Milwaukee Bucks were set to select at pick No. 30, a trade was made. The pick was first sent to the Detroit Pistons, and then ultimately to the Cavs, who ended up with the draft rights to Kevin Porter Jr.

Despite the amount of assets Cleveland invested to get Porter, he was by no means guaranteed playing time right away. He was the youngest player on the team (ninth-youngest in the NBA), and the Cavs had (and still have) a backcourt logjam.

But in his first regular-season game, Porter saw the floor for over 17 minutes. He has played at least 12 minutes in each of the 25 games he has been active for (he was suspended one game for making contact with an official), and 20 or more minutes in 16 games.

It’s not like Porter is just soaking up worthless minutes after the game is already out of reach; he’s a key part of the rotation, seeing time at both shooting guard and small forward as Windler is still out with a leg injury. He has led the Cavs in scoring in two of the past three games, including a career-high 24 points in the Cavs’ close loss to James Harden and the Houston Rockets.

It was almost fate that Porter had the first big game of his career against Harden. His play style emulates the scoring champion’s own, with KPJ possessing a nasty step-back jumper to go along with a developing 3-point shot and good slashing ability. Porter idolized Harden growing up and now views him as something of a big brother. If he can become anything close to Harden, the Cavs will have hit a grand slam, something they badly needed to do.

It has still been just 25 games for the rookie, and Porter has a ton of work to do. He needs to be more consistent. His shooting mechanics could use some polishing. His playmaking and defense can certainly improve.

But the potential is there, and Porter is further along in his development at this point than most expected. Once the trade deadline rolls around and some of the Cavs’ veterans have been dealt, he’ll likely get even more playing time. He could even start at some point as the duo of Garland and Sexton is having its issues.

Garland and Sexton may have the higher draft pedigrees, but Porter has the highest potential of anyone on the team. It’s just a matter of whether he can achieve it on the court and grow as a person off of it.

The early returns are certainly promising, and Kevin Porter Jr. will be a joy to watch for the rest of this season 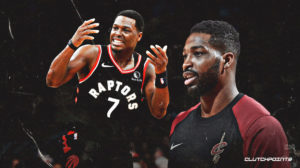 JUST IN: Cavs’ Tristan Thompson jokes about Kyle Lowry finally winning a title after all the losses to Cleveland
Related TopicsCavaliersKevin Porter Jr.