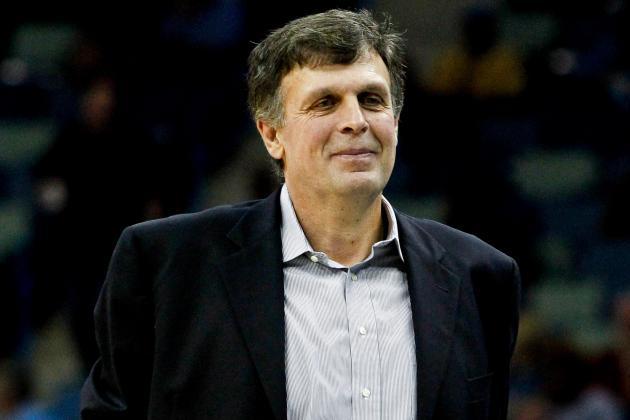 Cleveland Cavaliers teammates, LeBron James and Kyrie Irving, have established themselves as two of the most talented players in the NBA. In fact, just about anyone who knows the game of basketball will admit that James is currently the best player in the association. Partnered with Irving, who has quickly ascended to the realm of best point guards in the league, James and the Cavaliers often present daunting match-up problems for opposing sides.

Kevin McHale, who’s name will forever live in the NBA’s Hall of Fame, believes James is “as good as it gets.” During a guest appearance on NBA TV, the three-time champion and seven-time All-Star spoke highly of both James and Irving.

LeBron is as good as it gets in our league and as good as its gotten in our league. I love that kid. he’s the type of guy that when you say, ‘I want to pick teams,’ I want to be on his team because he moves the ball and if you get hot… If you get 40 [points] he’s excited for you. He’s just a fun guy to be a leader for your team.”

“LeBron lets that kid play,” continued McHale referring to Kyrie Irving. “If he gets hot, LeBron just says go ahead. Kyrie is the better one-on-one player, LeBron is the better basketball player. If you need a basket with four seconds, LeBron is not opposed to saying ‘alright young fella, go get it’ and I love that in LeBron. To me, again, that’s why LeBron is a special player.”