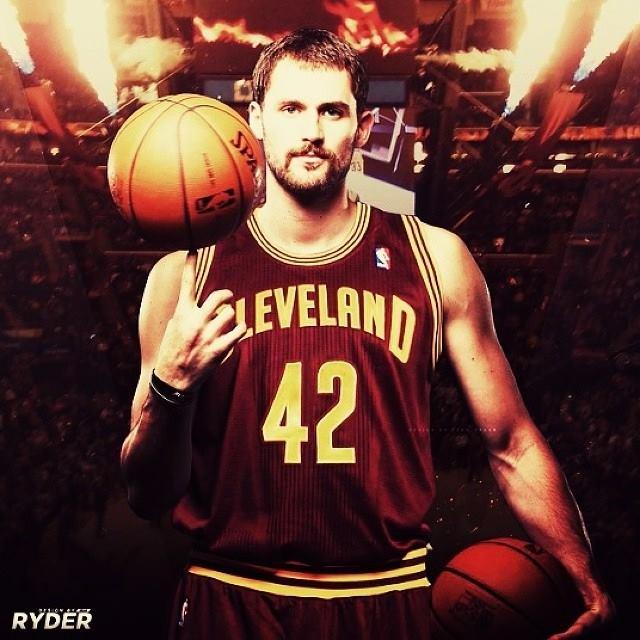 Kevin Love looks to be one of the the best power forwards in the league today, comparing with the likes of Blake Griffin and LaMarcus Aldridge. Drafted 5th in 2008, Kevin is a 3 time All-Star, 2 time All-NBA second team, won the Most Improved Player in 2011 and led the league in rebounds the same year. At the age of 25, Kevin Love has massively improved over the years and will continue to do so. With the help of Kyrie and LeBron, maybe Kevin will have his best season yet. Until the season starts, we don’t know. To help with the anticipation, let’s look at Kevin Love’s top 10 plays of his career so far.

You think Kevin can’t pass? Well, you’re wrong. Last year Kevin averaged 4 assists with Minnesota and the assists are sure to rise with LeBron and Kyrie by his side.

Kevin Love is most famous for his inbound passes, he grabs the rebound, spots the open man and passes it to him without hesitation. However, Corey Brewer isn’t LeBron James. Kevin can now throw the inbound pass and expect something special. Kevin is referred to as ‘The Quarterback of the NBA.’

Incase you didn’t know, Kevin was drafted by Memphis however, they traded him to Minnesota for O.J. Mayo and a few draft picks. Kevin made sure he let Memphis know they made a mistake. Along with his great rebounding, Kevin isn’t afraid to slam it back in the net as you see here.

Kevin is quite athletic for the power forward spot, he moves fast and his leaping ability is impressive. Unlike Blake Griffin who dunks every chance he gets, Kevin is more of an all-around finisher. Kevin can dunk for sure, but he’d rather shoot a three.

Going back to 2008 before the draft, Kevin Love was UCLA’s star along with point guard Russell Westbrook. Here you see Kevin shoot a full court shot, a half court shot and ¾ court shot. For a power forward college freshman, thats impressive.

Posterizing the ‘best dunker of all time’ must have been great for Kevin, Kevin’s not really the posterizing type, but he couldn’t miss this chance of dunking on a veteran like Vince Carter. How does it feel to be posterized Vince?

Not many players have accomplished this, Its a dream for all basketball players. Only the likes of Michael Jordan, Shaquille O’ Neal and LeBron James have managed to break the backboard. Kevin Love unexpectedly is apart of that list.

#3. Making it Rain from Downtown

For those who say Kevin can’t shoot, well watch this. Kevin has tremendous range for a power forward, not many power forwards have the three point shot in their arsenal but Kevin sure does. Not really a play but it shows you his range, he made 8/9 three pointers for that game.

Because of his three point ability, Kevin can be counted on for a game winner. With the likes of other shooters such as LeBron, Kyrie, Dion and Mike who would you pick for the last shot of the game?

To end the article, I thought I’d just show a mix of his highlights of his career so far. It was hard finding the plays individually. Kevin Love has unbelievable game, as seen in this article. It is said that Kevin Love has averaged more double-doubles than most Hall of Famers, only 25 Kevin Love with the help of Kyrie and LeBron can potentially win MVP and become a Hall of Famer. Welcome to Cleveland Kevin.