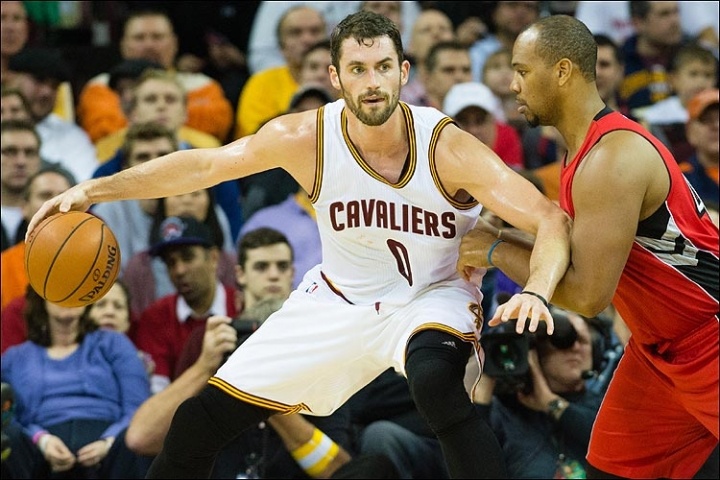 The long awaited return of Kevin Love to the basketball court is over. According to David Blatt and Jason Lloyd of the Akron Beacon Journal, Love will be making his preseason debut on Sunday against the Toronto Raptors.

Love participated in a full-court, 5-on-5, full contact practice on Saturday, October 10, and has been hard at work to get back to the court. He will likely have his minutes limited, however, as this will be his first preseason game as well as the Cavs’ last preseason game. That means this game will essentially be a test to see where Love is at before the team kicks off the regular season in Chicago less than two weeks from now October 27.