Why The Kevin Love Trade Was Necessary To Win Now 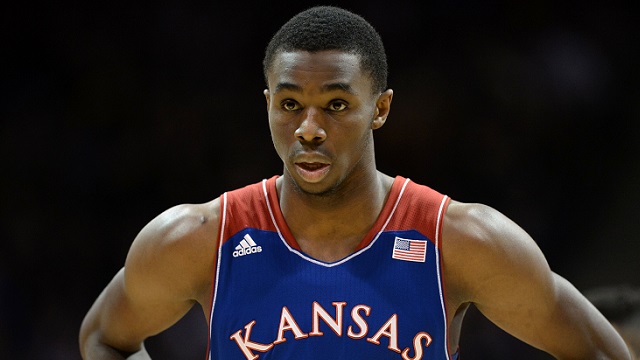 Andrew Wiggins has the potential to be a once in a lifetime player but with LeBron James entering his 30’s this December, Cleveland doesn’t have the time to let Andrew Wiggins develop.

It doesn’t take a rocket scientist to tell that Andrew Wiggins is going to be an All-Star caliber player in a few years. His athleticism is off the charts and he can already defend three different positions at an elite NBA level. Wiggins only struggle so far if any is his jumper, he is still inconsistent and he needs to find that range where he can knock them down on a more consistent basis. Now, onto the issue of a trade that would send Andrew Wiggins, Anthony Bennett, and a first round pick to Minnesota in an exchange for Kevin Love and probably another player (Mo Williams?). Many sportswriters and fans are torn on the idea of trading a possible franchise player (Wiggins), for a player that hasn’t even been to the playoffs yet (Kevin Love). Cleveland, it’s time to pull the trigger on something and here’s why.

Dating back since the 2011 NBA Draft, Cleveland has had 5 Top 5 picks (including Wiggins) sign on their team. I’ll repeat that, 5 TOP 5 PICKS SIGN ON THEIR TEAM. There’s a hidden stat in all of that yelling though. How many times has Cleveland made the playoffs since grabbing 4 top 5 picks? 0. Kyrie Irving, Tristan Thompson, Dion Waiters, and Anthony Bennett were not enough to put the Cavaliers into a playoff seed in what has been a pretty weak Eastern Conference besides the top tier teams. I understand that Wiggins is different breed and is heralded as a franchise player but he doesn’t fit with the Cavaliers plans. Cleveland, are you sick of drafting top 5 picks and waiting for them to blossom or flop? I know I certainly am. For a city that is dying to not only make the playoffs but to make it to the NBA finals, Wiggins is not the type of player the Cavaliers need right now to make that happen.

{adinserter 2} Kevin Love is the type of player the Cavaliers need now if they want to win an NBA Finals. Even though he has never been to the playoffs, his elite passing in the post, his elite rebounding and elite jump shot are three qualities the Cavaliers desperately need. Notice how Kevin Love is considered elite at 3 different facets of his game and Andrew Wiggins is just an elite defender. Love is no question a Top 5 power forward in the NBA and is in the ranks of LaMarcus Aldridge, Dirk Nowitzki, Tim Duncan, and Blake Griffin. Offensively, there is no limitation to what Kevin Love can do. He can work in the post, he pulls up, shoots the 3 well and can rebound better than any player in the NBA. His only real liability is his defense (see /will-cavs-defense-suffer-kevin-love/2/). Anyone who thinks that Love’s game would not compliment LeBron deserves a swift slap that will hopefully bring them back down to reality. Also, remember another power forward that averaged over 20 and 10 on his own team before he helped LeBron reach 4 straight NBA Finals? That’d be Chris Bosh, whom right now isn’t anywhere close to being as talented as Love. Besides complimenting LeBron, LeBron NEEDS Kevin Love whether he will admit it or not. According to NBA.com, LeBron James has played 46,711 minutes in regular season and playoff games combined. That’s an absurd amount for someone who will just be turning 30 in December. Folks, LeBron James can’t play forever as sad as that it. How many more elite years does LeBron have left? 4? 5? 6? No one but LeBron knows, but if that’s the case and he only has about 4-5 years left of being elite, then a trade for Kevin Love is the best move for the Cavaliers to make even if it means trading away a franchise player to make it happen. 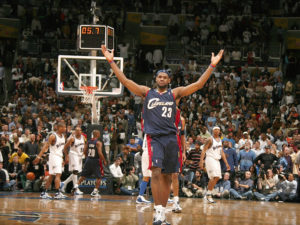