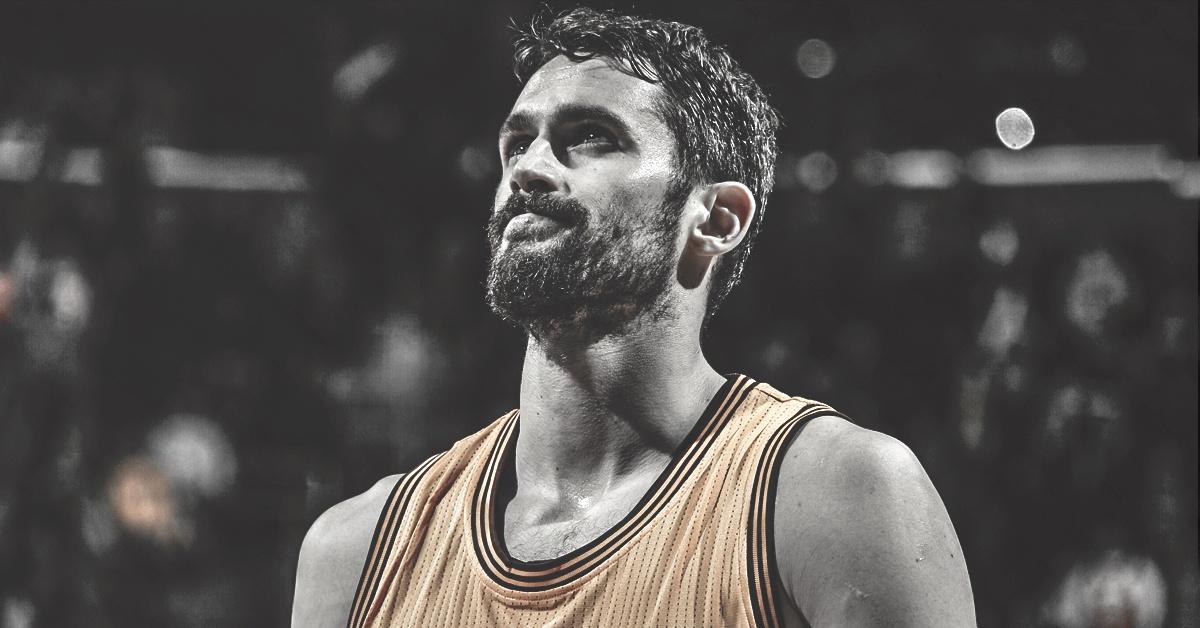 The Cleveland Cavaliers were hoping that their young team would take a step forward this season under new head coach John Beilein, but things have gone just as badly as last year. The Cavs are currently 5-16, have lost five in a row, and have dropped 11 of their last 12. They are about to enter a brutal month of games, and the locker room is allegedly not taking things well.

According to The Athletic’s Joe Vardon, multiple Cleveland veterans are unhappy with the coaching of Beilein, claiming that the team has already begun to tune him out. ESPN’s Adrian Wojnarowski is reporting that the Cavaliers are now willing to trade their veterans, including star power forward Kevin Love.

If this is true, the Denver Nuggets, long rumored to be a possible destination for Love, could make the Cavs an offer they can’t refuse.

Since the day Love re-signed with Cleveland after the departure of LeBron James, this was inevitable. Both Love and the Cavaliers have said they wish to remain together for the remainder of Love’s career, but it just never made sense for either side, really.

Kevin Love is now 31, and while he’s not the dominant double-double machine he once was with the Minnesota Timberwolves, he is still an All-Star caliber player. One who should not be rotting away on one of the NBA’s worst teams, in the middle of a complete rebuild. The Cavs paying Love $120 million over four years to win under 20 games isn’t smart when they could instead get draft picks and/or young players instead.

There will certainly be a number of teams interested in trading for Love’s services. One of those teams could be the Nuggets, who currently own the third seed in the Western Conference after finishing 54-28 in 2018-2019. Their championship window is open right now, and it should stay open for a long time, as Nikola Jokic, Jamal Murray, and Gary Harris are all under 26, in addition to other members of their young core.

One important player who is not young is PF Paul Millsap, who will turn 35 in February. He is in the final year of his contract, and is having a very good season. He is a skilled offensive player with three-point range and is also a good defender.

Love would be a significant downgrade defensively, but Denver is a good enough defensive team to mask that. Offensively, adding Love would take things to the next level. With Love and Jokic, the Nuggets would have two elite passers and rebounders in the post, both of whom can score in isolation and stretch the floor. Love wouldn’t be a rental either; he’d be in Denver for a minimum of three seasons, all of which the Nuggets should be serious title contenders.

In a trade with the Cavs, Denver would need to part with Millsap for salary purposes. But Millsap does nothing for Cleveland – he’s still a great player, but he’s old and will be a free agent at the end of the season. So what can the Nuggets add to make a trade worth the Cavaliers’ while? Beyond future first-round picks, Denver has two (very) young players who should greatly interest the Cavs – Bol Bol and Michael Porter Jr.

Cleveland had the chance to draft both of these players in 2018 and 2019, but passed on both. They each have serious injury concerns, but are 2o and 21, respectively, and have immense talent, the kind that can completely change a franchise’ fortunes if they realize it.

The son of NBA legend Manute Bol, Bol Bol is an uber-lengthy center with the game of a small forward. Read his Cavs Draft Profile here. Bol played only nine games at Oregon, but during his short time in college he showed off a unique skillset. He can score off the dribble and nail three-pointers, while blocking any shot at the other end of the floor.

Bol dropped all the way to the end of the second round due to concerns about his long-term durability, but at the moment, he is healthy, and playing well in the G-League, averaging 11.4 points, 5.6 rebounds, and 1.8 blocks in just 16.4 minutes. The Cavaliers certainly need a big man, and Bol’s ceiling is worth taking the risk on.

Speaking of risk, the Cavs were not comfortable with taking one on Michael Porter Jr., opting for Collin Sexton instead. MPJ suffered a serious spine injury in his first game at Missouri, which caused him to miss his entire rookie season. He dealt with numerous setbacks and complications, including drop foot, but is now healthy.

Unfortunately for him, Denver is not in a position to let an ultra-talented but inexperienced player get adjusted to the NBA. But the Cavaliers are doing just that with Darius Garland and Kevin Porter Jr. (unrelated), among others. Michael Porter Jr. is a 6’10” wing with a fantastic scoring ability. Read about Porter Jr.’s fit with Cleveland here and here.

Cleveland was not willing to take the risk on either of these players at draft time, but things are different now. Both players are healthy, and they are on the same team, a team that is reportedly interested in acquiring the Cavaliers best player. It remains to be seen what kind of market will develop for Love. He is expensive, but useful. How much is he worth? Will teams be willing to part with good young players for him?

A package centered around Bol and Porter Jr. would be the best-case scenario for the Cavs, as long as they both remain healthy. That, once again, is a risk. But it’s one the Cavs should take; they need to hit a home run somehow during this rebuild, so why not give yourself two more outs to get one?