Kevin Love Talks About Not Entertaining Other Teams During Free Agency 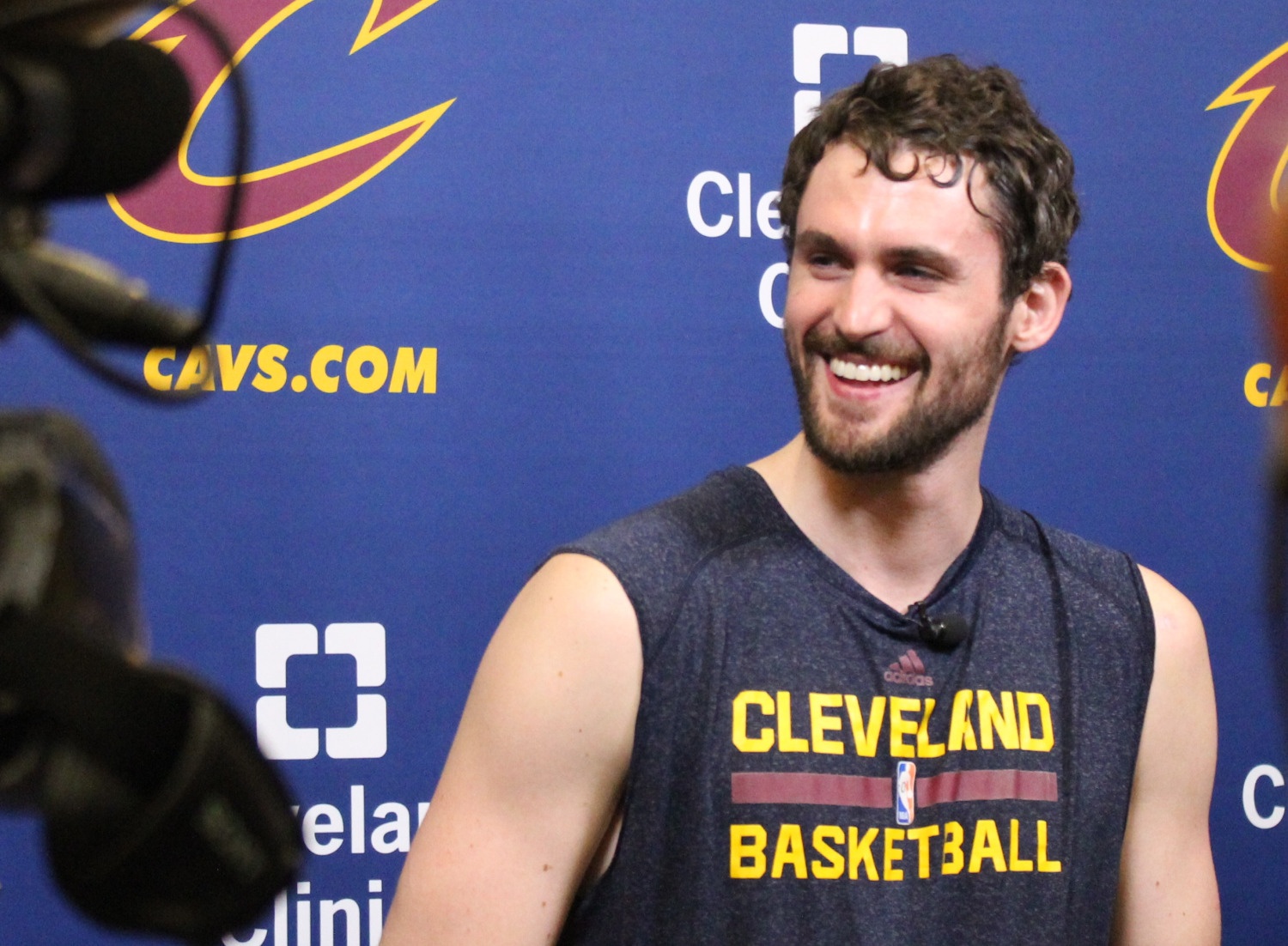 Kevin Love is a lot of things and being a man of his word ranks high above the list. The barrage of free agency questions never stopped last season but his answer always stayed the same. He planned to be with the Cleveland Cavaliers for a long time.

RELATED: Kevin Love’s Early Season Success Has Him On The Verge Of Double-Double History

When free agency began, it did not take long for the All Star power forward out of UCLA to come up with a decision. For him, it wasn’t a tough choice. Chris Haynes of the Northeast Ohio Media Group reported about Love’s revelation that he did not entertain other suitors.

A lot of teams called, but I’ve never really even considered. I’ve been saying it the whole time, that time when you become a free agent, there’s something to be said for, ‘Man, I can go wherever I want, live wherever I want, be close to my family if I want.’ But this was a situation where the first year is always the hardest.

He eventually signed a five-year contract worth $113 million. But it was never about the money. It wasn’t even about being the “alpha” in the team.

I knew that we were going to be able to compete for a championship every single year. I had met with LeBron [James] directly after that, just picked his brain. Asked him what he thought about where we were going in the future. You know 12:01 a.m. on July 1 came around and [Cavaliers’ General manager David] Griffin and I were on the phone and I signed on the ninth.

The thought had crossed my mind, but there was no situation that was going to allow me to win basketball games like this one. Yeah, I could have gone places and averaged 30 or 25 [points] and 15 [rebounds] or whatever it might have been, but coming here I would still be able to play my game. I knew in season two things would be better. And I think a lot can be said for how well this team gets along and how close we all are.

Love has yet to complete two full seasons as a Cavalier but his professionalism has been very exceptional. All the talk and speculation that surrounded him were not part of the deal when he arrived, but he has handled them very well.

When we talk about sacrifices, whether it’s taking a charge with a bad back or sitting out extended time during fourth quarters of games, Kevin Love is always up for it as long as it takes the team a step forward to their ultimate goal.