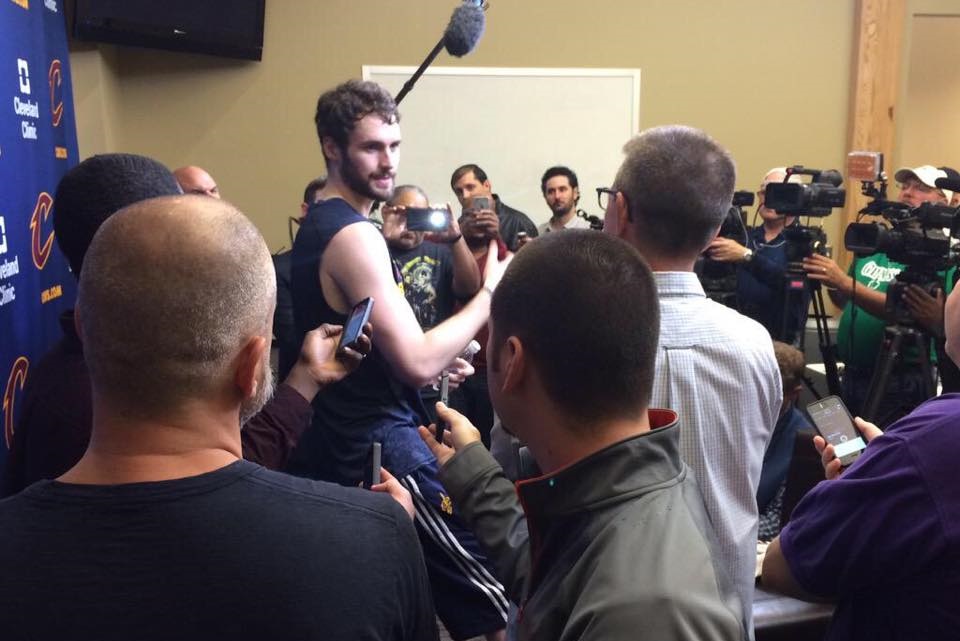 After suffering a season-ending shoulder injury in the first round of the NBA Playoffs, Kevin Love met with members of the media for the first time since his shoulder surgery.

Kevin Love speaking to the media for the first time since his season-ending shoulder surgery. pic.twitter.com/n1KWL8wAfG

In his first media session, Love discussed topics and answered questions that everyone wanted to know the answers to.

First off, despite suffering the shoulder injury, Love says his teammates have been amazing helping him through the whole process.

Kevin Love on the Cavs' Finals run: "I still feel like I'm a big part of this"

He says teammates have been keeping in constant contact when he could not travel…and group texts have been so much fun..

Love also touched on the biggest questions regarding his next season. According to Sam Amico of Fox Sports Ohio, Dave McMenamin of ESPN, and other reporters, Love expects to be ready to play for Game 1 of the 2015-16 regular season. And he expects to be wearing the Wine & Gold Uni’s in late October/ early November.

Kevin Love on next season: "I truly expect to be suiting up for Game 1." For the Cavs? Love: "Yes, sir." 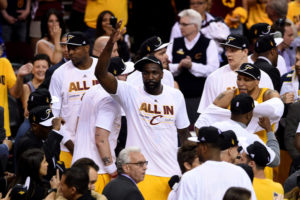