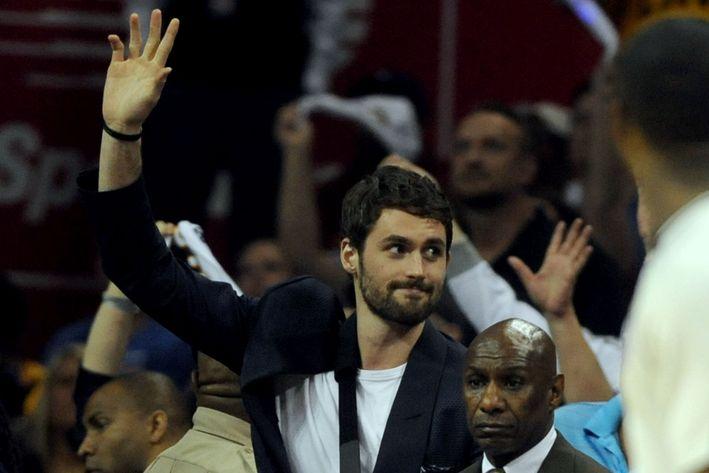 After suffering a separated shoulder in Game 4 of the first round of the playoffs, Kevin Love has finally been cleared to travel with his team for the rest of the postseason. After more than a month of having his shoulder in a sling, Love had his shoulder reevaluated in New York during Games 1 and 2 of the East Finals in Atlanta.

Dr. David Altchek, who performed the surgery on Love’s shoulder, has allowed Love to discontinue his use of the sling.

Love is still nowhere near ready to play, but he was seen in the Cavs practice facility doing a light workout on Monday afternoon. per Tom Withers of the Associated Press:

Forgot to mention earlier that Kevin Love at #Cavs facility earlier. Got in some kind of workout, likely bike. Not spoken to media post-op.

Love was not available to the media, but his recovery is going according to plan so far. Cavs Nation will bring you the latest of Love and his recovery