The 2017-18 NBA season has been nothing but drama for the Cleveland Cavaliers even before the season even began. Former Cavaliers star guard Kyrie Irving got things rolling by requesting to be traded because he “did not want to play in LeBron James’ shadow any longer” and things kept rolling from there.

After two shaky wins against Irving and his Boston Celtics and the Milwaukee Bucks soon after, the Cavs dropped six of their next nine and they looked a step slow and were horrendous on the defensive side of the ball.

After that, the drama subsided for a bit and the Cavs won seventeen of their next nineteen, including a twelve game winning streak. But, things began to take a turn for the worse after the team lost its marquee Christmas Day matchup against the Golden State Warriors and have only won three games in their last twelve, with their latest defeat coming against the Oklahoma City Thunder 148-124.

After all of this losing, putrid defense, and people calling for head coach Tyronn Lue to be relieved of his position immediately, the Cavs decided to have a team meeting to “clear the air” on Monday’s practice. Like the never-ending soap opera it is, this meeting was yet another piece of drama for the Wine and Golders:

With ESPN’s Adrian Wojnarowski dropping one of his classic “Woj-Bomb’s” late Monday night, things have only become worse for the Cavs throughout Tuesday and star forward Kevin Love is caught in the crossfire. ESPN’s Stephen A. Smith called for Love to be traded, people speculated on who threw Love under the bus, to it being the talk of shootaround before the Cavs tip off against the San Antonio Spurs tonight. Things have obviously gotten out of control and to whomever, it was who leaked the “heated” conversation in the locker room, Michael Jordan himself says it best:

Whether it was Isaiah Thomas, or Jae Crowder, or anybody on the team who leaked the details to ESPN, you seriously are going to throw Kevin Love of all people under the bus?

You are going to blame Love, arguably the best power forward in the Eastern Conference for your myriad of problems? Well, whoever you are, buckle your seat belt because today I am going to break down why you made a huge mistake.

From the moment he has arrived with the Cavaliers, people were tossing Love into any and all trade talks to somehow make the team better. If he was not rumored to be traded for Carmelo Anthony, or Paul George, or DeMarcus Cousins, or anybody in between, Love has been linked to trade rumors and quite frankly it would have broken down any normal human being after it all. Instead, Love has been an extremely reliable option for the Cavs as a premier three-point scoring option, rebounder, and had been the glue that held the first Big Three of James, Irving, and Love together. He even went off for a ridiculous thirty-four points in the first quarter in a game against the Portland Trailblazers:

Even despite all the trade rumors that he was constantly linked to, Love kept his head down and kept grinding and doing everything he can to help his team win. His hard effort even paid off in spades, as it was not Love who was traded to the Celtics, but instead Irving, a player originally drafted by the Cavs, that was sent away. Today, those rumors continue to haunt Love, and while they may seem more relevant now than ever, they seem to carry as much validity.

With Irving now in bean town and Love freshly invigorated by having the team’s back, this season alone has been a career year for him. As of January 23, he currently averages 18.6 points, 9.4 rebounds, 0.5 blocks and is shooting at a sizzling 40.1% from beyond the arc. This is all while he is playing out of position as Jae Crowder, one of Love’s speculated heels, took over as the team’s starting power forward. There were some lumps at first with Love transitioning to a completely new position, but now he looks 100% comfortable as the team’s starting five and is proving his worth twice as hard with Jae Crowder being a tremendous flop for the team this season. 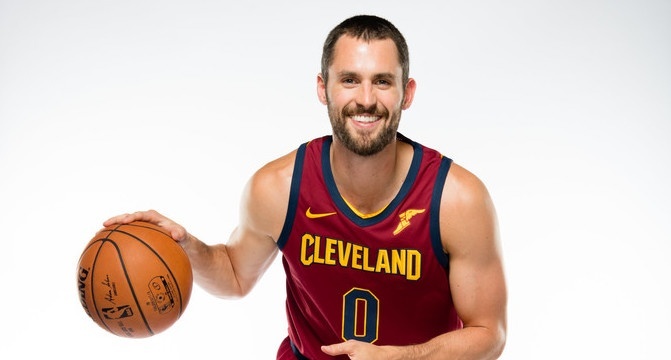 Love is also not entirely at fault for Cleveland’s weak defense, especially against Golden State. After all, another thing Love has going for him that should keep him out of the crossfire is the fact that he is a Cleveland sports icon with his heroic defense on Stephen Curry that helped the Cavs win their first title and end a drought that lasted longer than five decades:

It is understandable for the team to be frustrated with Love after checking out of the game after feeling ill and then leaving the team at halftime because of the same illness, but they should not throw him under the bus and make him the fall guy. Instead, maybe the team should be focused on other players like JR Smith, who is so afraid to shoot at this point that he would rather pass the ball, Jae Crowder, who has only had two noteworthy games in his entire time with the Cavaliers, Isaiah Thomas, who seems hell-bent and determined to keep shooting and help the Cavaliers lose all while his heart is still in Boston, or even LeBron James himself, who cannot reveal his intentions with the Cavs so they are stuck in an awkard spot like they were when he first left. The coaching staff, fronted by Ty Lue, are also to blame for the inability to make adjustments as well.

The Cavaliers problems are team-wide, from top to bottom, and the fact that Love is being used as the center of the blame is the most ludicrous thing to happen to the team since Irving first asked to be traded.

Despite all the problems and drama circulating the team, Love again was a class act in his response to the current batch of drama:

More Love: "I’m going to keep my mouth shut, do right by the organization, by the fans and try to help this team win.”#Cavs

Even with him being the center of attention for all the wrong reasons, Love yet again is a constant professional that knows that this too shall pass. Sooner or later, the endless cycle of drama has to come to a close with this year’s Cavaliers squad and they can get back to winning. Hopefully, it is sooner, because teams like the Warriors, the Houston Rockets, and the Spurs are all relatively drama-free and will easily knock the Cavs out if they reach the NBA Finals if they do not quit acting as petty as a teenager. This soap opera that is the Cavaliers never seems like it wants to end but dragging Kevin Love in as a root-problem does not make any sense. 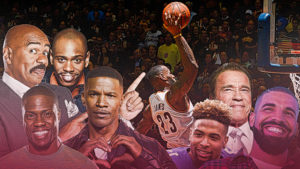