Kevin Love Shoots Down Remarks That He’s A Stretch-Four 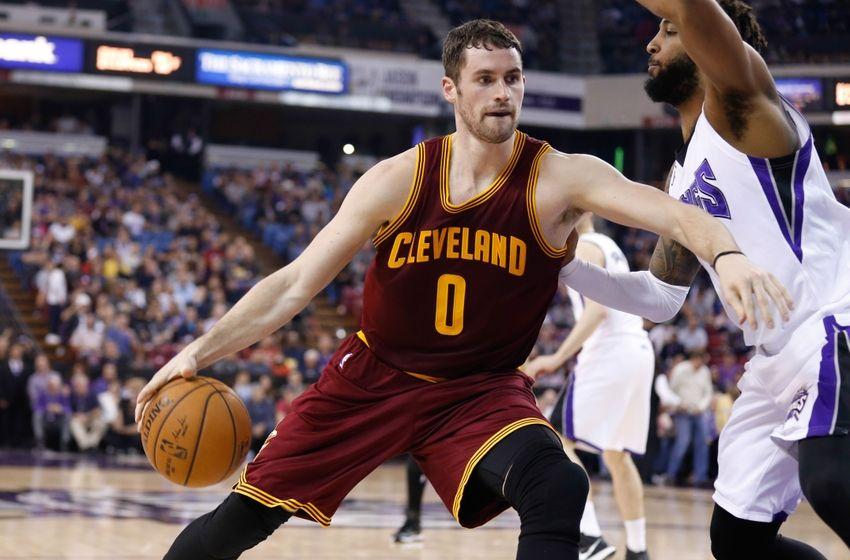 In Friday night’s game against the Hawks, Kevin Love was relegated to the perimeter once again as 10 of the 11 shots he hoisted up were three-pointers. Love is averaging 5.2 three-pointers attempted per game, which is the second highest of his career. Last season, he averaged 6.6 threes attempted, but it was a career season for him with 26.1 points, 12.5 rebounds, and 4.4 assists.

Love hears what people around him are saying regarding him being a stretch-four, which is a big-man who can stretch the floor and shoot the ball. Needless to say, he doesn’t agree and spoke out about it following the loss in Atlanta.

“I heard some people calling me that but I know I’m not a stretch-four,” Love told the Northeast Ohio Media Group. “I’m a post player that can shoot. Right now I’m just doing what I’m called to do. For good, bad or indifferent, I’m playing my role and doing what’s asked of me. Tonight, I stayed out on the perimeter.”

In his last seven games, Love has been hoisting up 8.1 three-pointers per game, making 25 out of 57 (43.8%), but three of those games have been losses. Looking at his season splits however, Love plays relatively the same way in wins and losses (per ESPN):

Love has asked to keep to the perimeter lately, and it’s probably just a decision based on matchups. But Love believes he can be best used in the post as a post player who can also shoot from the outside, and not as a stretch-four like a Dirk Nowitzki or Chris Bosh, both of whom occasionally go to the post.

Many think this is why Love will definitely be testing out free agency and possibly signing with another team this offseason, but not many suitors like Boston, Los Angeles, or New York can guarantee him that they’ll be winning. In fact, two of those teams are in the bottom of their respective conferences by a landslide.

At the end of the 2014 playoffs, Love spoke out on SportsNation about his position in the NBA:

All of the free agency talks depend on what happens in the playoffs, and we all know LeBron James, Kyrie Irving, and Love can step up to whatever challenge comes their way. One thing is guaranteed, Cleveland will be winning games during the season and playoffs for the foreseeable future, something that Love has not been able to say during his six-year career.