Kevin Love Says Russell Westbrook Should Be The 2014-15 MVP 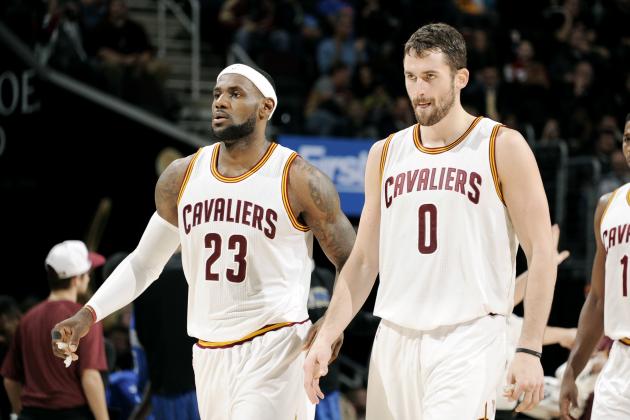 The Cavaliers have only lost six games in the last 10 weeks. They’ve gone from 19-20 to 46-26 and look more and more like the legitimate title contender we all expected them to be when the season started. With two days off Monday and Tuesday before facing off against the Memphis Grizzlies on Wednesday night, Cavaliers’ forward Kevin Love visited The Dan Patrick Show, where he discussed this year’s MVP race.

Surprisingly, Love did not back up his teammate LeBron James in this year’s MVP race. He was rather about who he felt deserved the MVP award, and that player is a former teammate of his in Russell Westbrook.

Love and Westbrook used to be teammates in college when they played for the UCLA Bruins in the 2007-08 season. They both declared for the 2008 NBA Draft, where Westbrook was picked at number five and Love at number six.

LeBron James may not win the MVP this year, but Love believes that despite his struggles at 16.5 points and 10.1 rebounds on 42.7% shooting this season, none of that will matter if the Cavs can make a deep playoff run to the Eastern Conference Finals or even the NBA Finals.

“Knowing my teammates have my back, coach knows I’m going to be a pro going out there every single night, and just trying to find ways to affect this team in different ways, that’s what I’ve been trying to do.”

Here is Love’s full interview on the Dan Patrick Show: