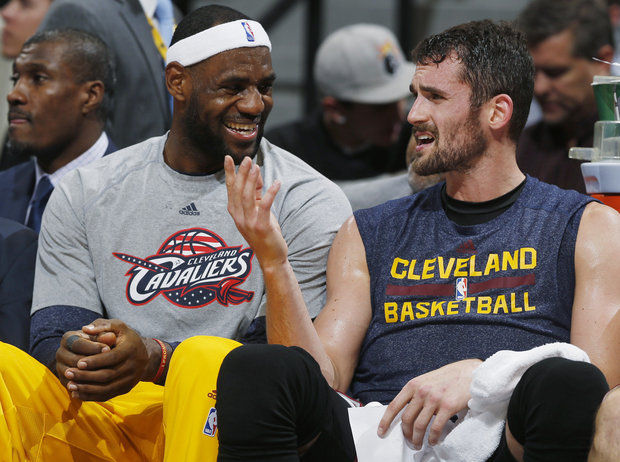 The Cavaliers have been rolling in the past couple of months. They’ve gone from 19-20 to 46-26 and look like a legitimate title contender as the East’s second seed. With two days off Monday and Tuesday before facing off against the Memphis Grizzlies on Wednesday night, Cavaliers’ forward Kevin Love visited ESPN’s Mike & Mike Show.

It started out when discussing Love’s future, which has been debated incredibly over the past couple of months. Whether or not the Cavaliers win a championship, Love remained faithful to the Cavs.

“I plan on being a Cavalier either way.”

And who can expect them to become best friends that quickly? Sure, it’s a real possibility but chances are they’ll take a full season to get accustomed to one another both on and off the court.

Some of these rumors of their disliking one another started when James posted a picture on his Instagram saying “Clique Up,” but Kevin Love was nowhere to be found in the picture.

“Dang, LeBron wanted Love, but he doesn’t even have him in his ‘clique pic’? Love’s not re-signing.”

Well hold everything there for just a second, Cavs’ fans! Let’s not make too much out of a simple picture. Wasn’t it just last week that James posted a picture with the whole ‘squad’ on the team plane?

“As long as it’s for the greater good, then it’s fine, and I’m sure he’s going to have me in the next picture, we’ll see,” Love said while chucking about it.

Despite Love’s struggles this season at 16.5 and 10.1 rebounds, he finished the show by saying he’s ‘all in’ if that means a championship for himself and the Cleveland Cavaliers at season’s end. 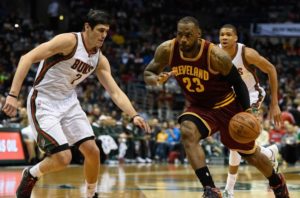