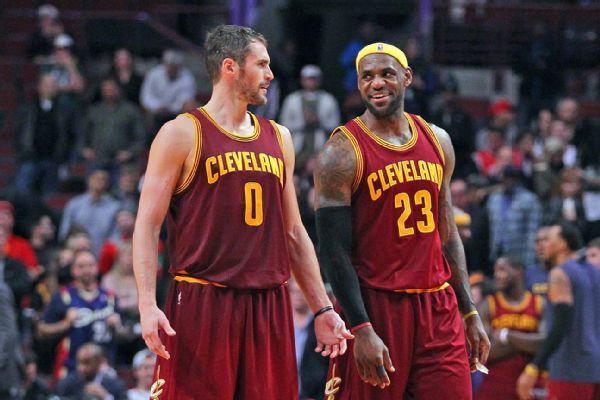 After sitting out Sunday night’s game against the Orlando Magic to rest his back, Kevin Love will do so again on Monday against the Miami Heat.

Love is still trying to get right after playing most of the season with recurring back spasms and tightness.

LeBron James on the other hand is a confirmed starter for tonight’s game.

James tweaked his knee Sunday against the Magic after landing awkwardly on this play, but is good enough to go against his former team tonight.