Kevin Love Owes Tyronn Lue For Igniting His Fire From Within 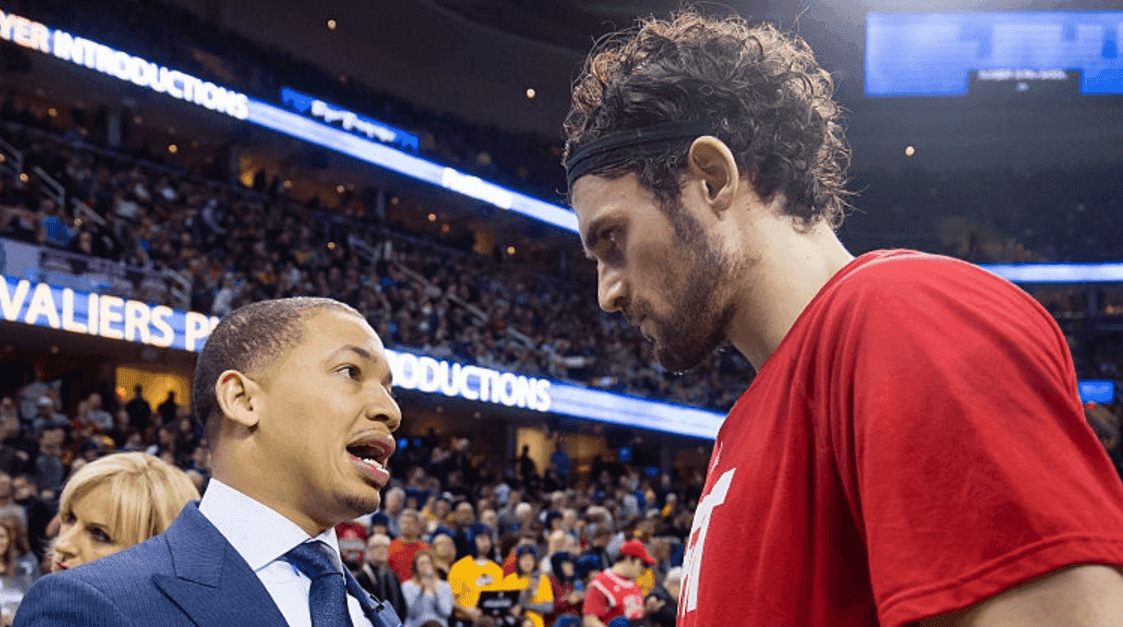 Kevin Love has indeed come a long way. Overcoming a tumultuous regular season filled with questions and inconsistency, the East’s best shooting big man has finally established himself in the Cleveland Cavaliers’ dynamics.

From being a lost soul to finally solidifying his status as one of the team’s main cogs, all these have led to Love and the Cavs enjoying a 12-0 record in postseason play whenever he suits up. But before reaching this stage, there had to be that one pivotal point, even mentally, in Love’s season.

According to a recent piece by Chris Fedor for Cleveland.com, that moment of realization came in late March when the Cavaliers suffered one their most deflating losses of the season against the Nets in Brooklyn. In the article, Kevin Love shared his what happened during a one-on-one talk that he had with coach Tyronn Lue following the defeat.

After the Brooklyn game he came to me and said I need to be more aggressive and demanding of the ball. I think for a couple weeks there it was kind of me taking a back seat. I think March is a tough time. We were kind of waiting for the playoffs and there were what, 15-20 games left? Just being more aggressive and preparing myself for hopefully a long playoff run is what he was trying to do in telling me that.

Lue’s message was short and sweet.

Although there was no immediate impact in his play, it had a more resounding effect to Love as the brain picking helped in mentally preparing himself for the playoff grind. In that particular situation, Lue was a sage.

The results have been nothing but astounding as Cleveland has swept its way past the first two rounds with Love enjoying the best stretch of his Wine and Gold career, and what a perfect time for him to explode.

After eight playoff games against notable big men such as Andre Drummond, Paul Millsap, and Al Horford, Love has averaged 18.9 points, 12.5 rebounds, and 2.1 assists on 44% shooting from long distance. Another important thing that we have witnessed is how he has learned to bounce back after a poor stretch in a game.

There have been times where Love has missed his mark on consecutive tries, but he has always found a way to contribute. As the postseason gets further, Kevin Love will be featured more especially with the Cavs’ being in the zone from beyond the arc, the place where Love has found his niche.