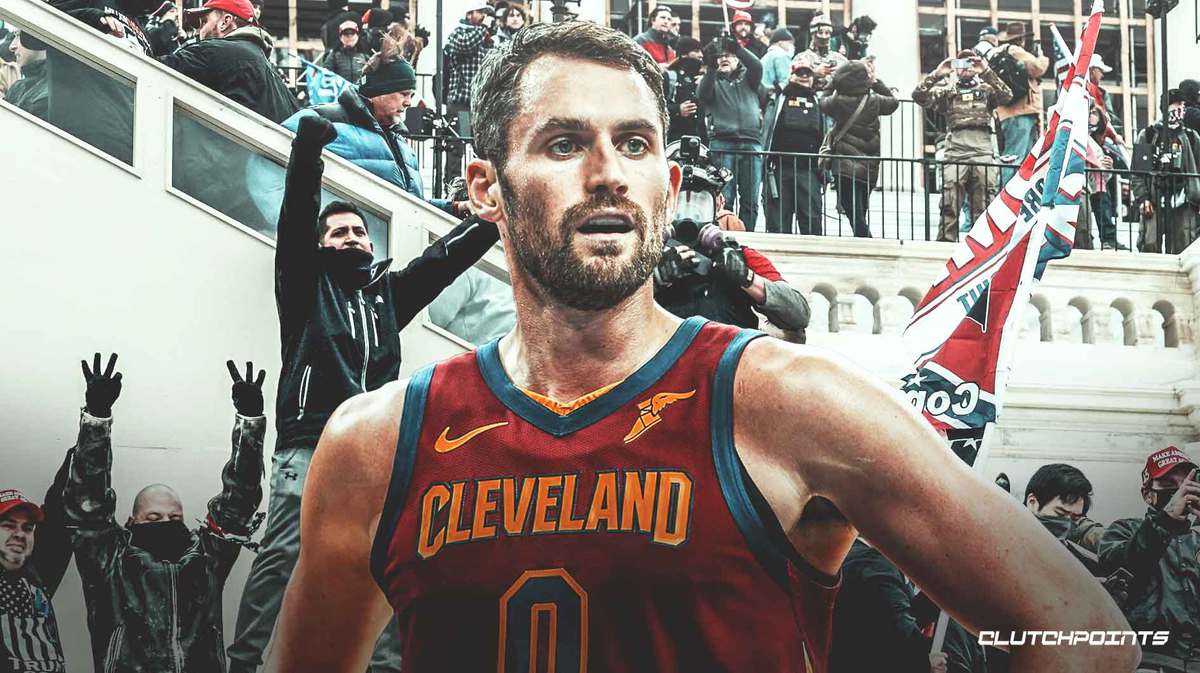 There’s a shameful series of acts taking place at the U.S. Capitol on Wednesday, and many athletes made sure to pitch in their level of concern as chaos continues to descend in Washington. Cleveland Cavaliers forward Kevin Love was no different in that regard, as his statements were in alignment with those of his peers around the NBA.

Love, like many other notable figures, voiced his displeasure with the actions that occurred as Donald Trump supporters stormed the U.S. Capitol in efforts to shut down the transition of power to President-elect Joe Biden:

An absolute disgrace what’s happening at the US Capitol right now. And a blatant example of inequity in how law enforcement chooses to deal with those involved. 🗑🗑🗑

Kevin Love’s tweet echoes those of other players that share the theory of how law enforcement responded to Trump supporters versus their actions against other groups such as BLM. Seeing as how this will go down as one of the more serious and embarrassing “protests” in history, he certainly does have a point.

Congress gathered at the U.S. Capitol on Wednesday in order to continue the ritual of verifying the electoral college votes as to proceed with the transition of power from President Trump to President-elect Joe Biden. The Trump extremists were able to breach far and into the Capitol, going so far as reaching the Senate floor and occupying offices of some prominent political figures.

At the current, President Trump has called for the National Guard to be deployed to the scene in order to clear out the hectic gathering. President-elect Biden delivered a brief press conference in efforts to calm the spirit of the nation and urged his predecessor Trump to follow suit. As many others across the nation, Kevin Love is utterly disgusted with the ongoing situation in DC. JUST IN: Should the Cavs trade for Marvin Bagley?
Related TopicsDonald TrumpKevin Love