Kevin Love On NBA Finals: I Want To Win 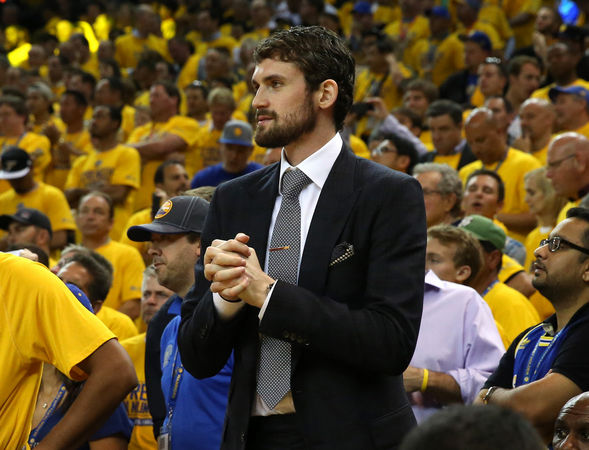 The Cleveland Cavaliers are in the NBA Finals for the second time in franchise history. For many of the players, however, this is the first time experiencing the intensity of an NBA Finals.

Kevin Love was one of those players experiencing the NBA Finals for the first time. Unfortunately, it was in a suit sitting behind his Cavaliers team on the sideline. Love spoke with members of the media to talk about his feelings for Game 1.

“I had so much fun watching it because I want to be in a moment like that,” Love told ESPN after the Cavs 100-108 loss to the Warriors. “I’d rather be out there helping those guys, and I saw a lot of places where I could help.

Love, who remains out with the season-ending shoulder injury that is still recovering five weeks later, said this experience really got to him midway through the game.

“I’ve never wanted to be in a game more than that one.”

When Love was asked why he believes the speculation remains, he responded with this.

“It’s just the way the world works now. People talk so much and might tell themselves a lie so much they start to believe it. From there, the narrative starts to change. I haven’t changed my narrative. I’m going to keep supporting these guys, and we’ll be talking to Cleveland after the season.”

“I just texted a couple friends of mine saying I’ve never been so into a game,” Love said. “That was fun to watch, besides the final score.” 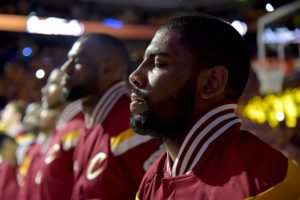