Kevin Love No Longer Willing To Sign Extension, Even With Cavs? 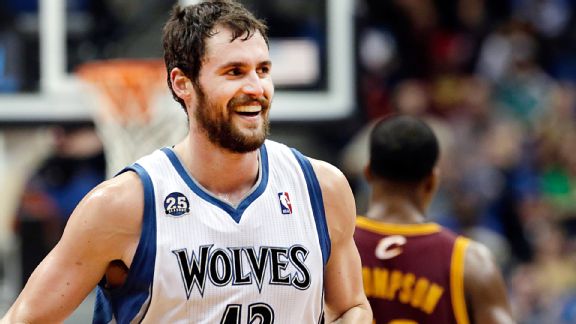 Since LeBron James returned to Cleveland, Kevin Love and James have openly stated their desire to play alongside one another with all-star point guard Kyrie Irving in Cleveland. Multiple reports from Chris Broussard stated that he would sign long-term if he were to be traded to the Cavaliers. The cost however, would be the services of the 2013 and 2014 number 1 overall picks in the NBA Draft, Andrew Wiggins and Anthony Bennett. At first, the Cavaliers were reluctant to part with their recently prized pick up in Wiggins and last year’s number 1 pick, Anthony Bennett. The upside of Wiggins as well as Bennett seemed to be too much to give up even for the services of a superstar like Kevin Love.

Just as Andrew Wiggins officially signed his rookie contract last Thursday (July 24), the Cavaliers seemed to change their mind on the topic of acquiring Love by giving up Wiggins and Bennett. Once a team signs a rookie to his contract, they must wait a minimum of 30 days before they can make any trades official. For a while now, a Kevin Love-to-the-Cavaliers trade has had more of a “when this trade happens” than an “if this trade happens” scenario.

The Chicago Bulls have offered Minnesota a package surrounding Taj Gibson, rookies Doug McDermott, and Nikola Mirotic. The Golden State Warriors have offered a trade that includes David Lee, but the Timberwolves are reluctant to discuss any trade offers that don’t include either the Warriors’ highly prized guard Klay Thompson or guard/forward Andrew Wiggins. On the eve of August 2014, both the Bulls and Warriors have backed off from trade talks with the Wolves amidst the belief that the Cavaliers are clear front-runners and Minnesota isn’t interested in any deal other than a Wiggins-Bennett package.

{adinserter 2} In a twisting turn of events, however, Kevin Love has suddenly said that he will not sign a contract extension with any team, regardless of his landing spot. Although this report from USA Today is the exact opposite of what he said he would do if he were traded to Cleveland, is anyone really surprised by this? Kevin Love can opt out of the final year of his contract at the end of the 2014-15 season and sign a new contract with a different team whether he’s traded or not. Love seems to be intrigued by next year’s free agency period and is intent on getting the most out of it. Now not acquiring Love would be a bad thing for the Cavaliers, right? Not exactly.

Andrew Wiggins, now on a rookie contract, will be paid $5.5 million in the 2014-15 season and $5.7 million in 2015-16, with team options for years 3 and 4. Anthony Bennett will be paid $5.6 million in 2014-15, with a team option for his 3rd and 4th years as well. If they were to trade the two of them in exchange for Kevin Love, they would more than likely have to provide the max contract that Kevin Love is expecting should he agree to remain in Cleveland. Financially speaking, the Cavaliers might be better off just developing Wiggins and Bennett alongside Kyrie Irving and LeBron James.

Irving just signed a 5 year extension with the Cavaliers prior to James’ return announcement, and LeBron followed by signing a 2-year deal worth $42 million with a player option for year 2. Why a measly 2 years, you may ask? Is LeBron going to leave again? According to Jeff Zillgitt of USA Today, “The NBA’s TV deal with ABC/ESPN and TNT (Turner Network Television) expire after the 2015-16 season, and the revenue is expected to increase significantly in the next TV deal. Fox Sports is expected to join the bidding war for television rights, and ratings have been strong for the current networks. That means a max deal will be worth more in a new TV deal.”

This may come as a bit of a surprise to readers who aren’t too familiar with James’ history of contracts, but LeBron James has never signed a max contract in his 11 year career. Not with Cleveland his first 7 years and not in his 4 year stint with the Miami Heat either. The “Big Three” of James, Dwyane Wade, and Chris Bosh all took significant pay cuts to allow the team to sign good role players at a decent price.

Kevin Love’s reluctance to commit to the Cavaliers following a possible trade might be the best thing that happens to this team. Having 3 max-contract players following a brand new TV deal could be disastrous in terms of luring other players to Cleveland. They were able to steal Mike Miller as well as James Jones for less than what the market had offered because of their history of playing with LeBron James and winning championships. Ray Allen may be on his way as well for one final championship run. All three are on the back-ends of their careers and want to compete for nothing but championships. Their experience with James is what brought them to this team. Not all players, however, will agree to the smaller than usual deals the Cavaliers will be able to offer if they give Kevin Love the max contract he desires.

On top of Love’s unwillingness to commit long-term, Love has had a knack for being injury-prone over the past couple of seasons. He started the 2009-2010 season on the bench, eventually missing 18 games after breaking the fourth metacarpal in his left hand. A left groin injury kept him out of the end of the 2010-11 season. After breaking the third and fourth metacarpal in his right (shooting) hand before the start of the 2012-13 season, Love was expected to miss 6 to 8 weeks. He returned following a mere 5 weeks on November 21, 2013 with an impressive 34 point, 14 rebound performance. His time on the court didn’t last long as he re-fractured his shooting hand just over a month later on January 3rd, and was expected to miss the full 8 to 10 weeks following his surgery.

When on the floor, Kevin Love is as productive a player as they come, and there aren’t many who bring what he has to offer to the team. The Cavaliers need to decide if all of the injuries in the past are worth a chance at Kevin Love; the indecision on whether Love would resign with the team or not. Are the 2013 and 2014 number 1 overall picks Anthony Bennett and Andrew Wiggins worth a shot at All Star and 2012 Olympic Gold Medalist Kevin Love? 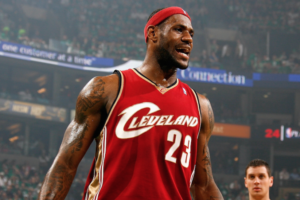