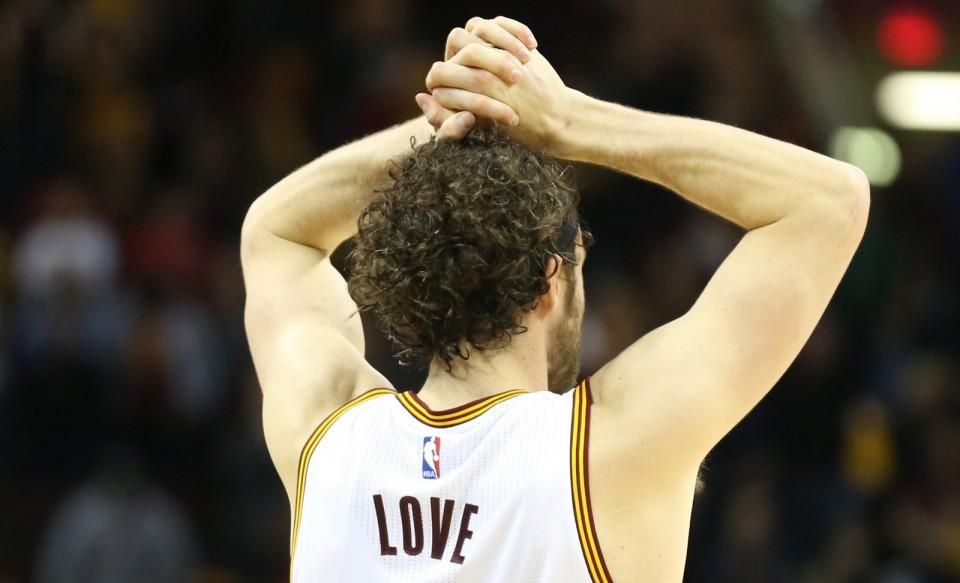 The Cleveland Cavaliers will face a true test of strength and size during Tuesday nights game against the Milwaukee Bucks. The Cavaliers will leave for Milwaukee without their All-Star power forward, Kevin Love, and will also be without the injured Chris ‘Birdman’ Andersen.

‘Birdman’ is done for the season with a torn ACL, while Kevin Love will miss the game with a knee contusion suffered in the win against the Los Angeles Lakers on Saturday night. Both of these losses will be a huge obstacle for the Cavaliers, who are taking on an incredibly lengthy Bucks squad with only two true big men.

Channing Frye and Tristan Thompson will likely log a whole lot of minutes due to the Cavs’ problem with low post depth. LeBron James has the size, strength and capabilities to play as a ‘big man’ for the short term, but the Cavs clearly have a problem that needs to be dealt with.

RELATED: 5 Big Men the Cavs Should Look to Acquire After the Loss of Chris Andersen

The Cavaliers rank as the third worst team in the NBA for opponents offensive rebounds per game, while ranking 22nd in the league for blocked shots. But what may be the most worrying stat for these Cavaliers is their points in the paint numbers.

Cleveland rank as the second worst team in the league for paint scoring with 36.6 points per night (surpassed only by the Dallas Mavericks), due to that complete lack of a paint presence. The Cavaliers’ top two paint scorers this year are LeBron James and Kyrie Irving, who combine for 53% of Cleveland’s total PITP numbers.

The Cavs are a jump-shooting team, relying on drive and kick situations to open up guys like J.R. Smith, Iman Shumpert, and Channing Frye. The likelihood of the Cavs landing a dominant low post scorer in the near future is slim, but it has to be a priority for the front office to ease the pressure on the long bomb shooters.

With their lack of front court depth, the Cavs are about to take on an incredibly tough stretch of games. Cleveland face a back-to-back series with the Milwaukee Bucks on consecutive nights, and this Bucks squad should be the ultimate test. Their starting five possess an absurd average height of 6 feet and 9 inches, and as a team rank second in the NBA in PITP scoring.

After the Bucks, Cleveland will face the Brooklyn Nets and Brook Lopez, Golden State (enough said), Detroit and Andre Drummond, the Celtics and Al Horford, and will then end 2016 against the Charlotte Hornets. Even with Kevin Love in the lineup, these teams will stretch the Cavaliers out and push them to their limit.

The remainder of 2016 will be a major test for the Cavs, and you can almost be certain that we’ll see a new player or two in a wine and gold jersey nice and soon.