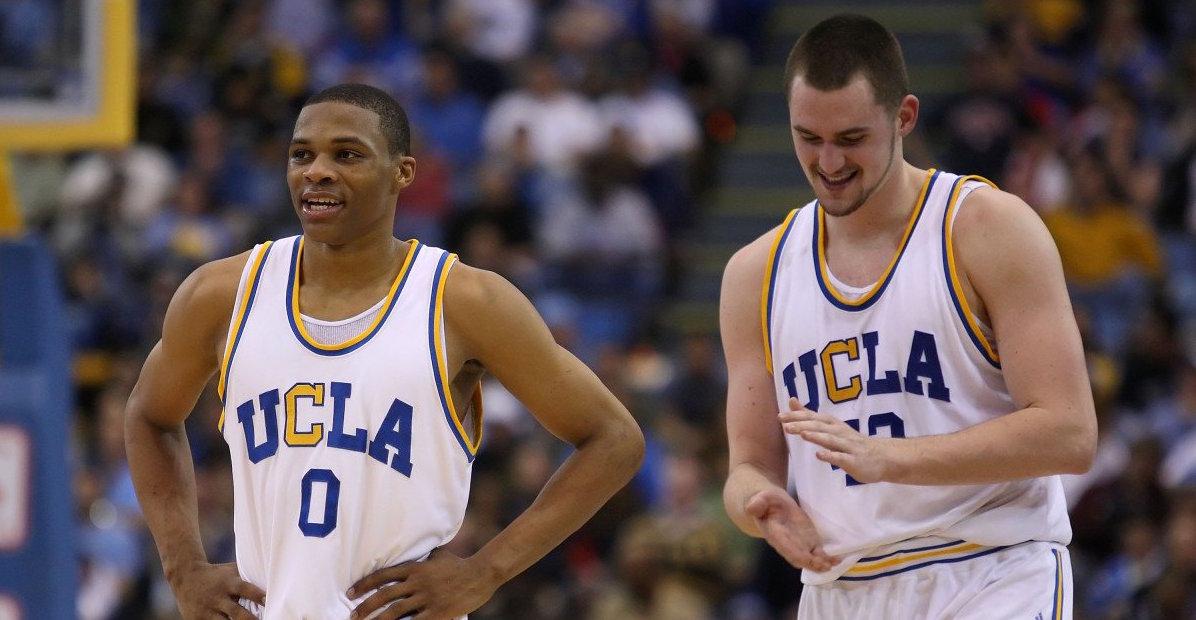 Kevin Love and Russell Westbrook go a long way. They were teammates in 2007-2008 at UCLA where they led the Bruins in conquering the Pac-10.

Love was the anchor down low while Westbrook was the electrifying guard.

In the Cleveland Cavaliers power forward’s recent essay for The Players’ Tribune, Love reminisced on his days with the Oklahoma City Thunder superstar in Los Angeles.

Russ and I ended up being roommates on the road. I think we had an immediate bond because we had common goals coming out of high school. We’d lie around our hotel room talking about making it to the NBA.

Sometimes Russ could be a stubborn roommate. We butted heads because we were competitive about everything. We competed at video games. We played hundreds of hands of a card game called “13.” (I still maintain that I’m up by one point.) We showed up to the gym early (he was somehow always there before me) to lift, study film and get in some extra shooting.

We were even competitive over the temperature of the room.

Both players applied for the draft the following year, and were called to the podium next to each other. Westbrook was the now-defunct Seattle SuperSonics’ fourth pick, while Love was selected fifth by the Memphis Grizzlies who then traded him to Minnesota for USC guard O.J. Mayo.

The two also won an Olympic gold medal for Team USA back in 2012.