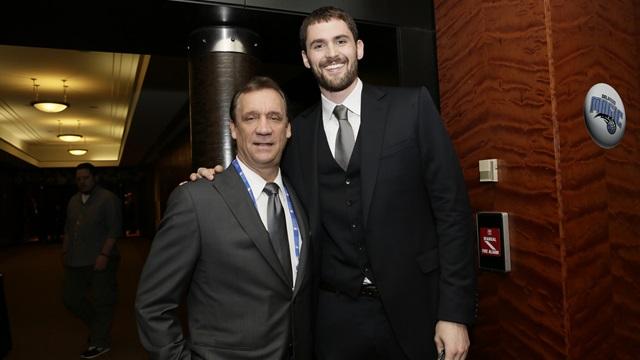 Earlier this afternoon, it was announced that Timberwolves President of Basketball Operations and Head Coach Flip Saunders passed away at the age of 60. Saunders was battling Hodgkin’s lymphoma since August of this year, and was taking a leave from the team as he recovered. Unfortunately, however, his life was taken at the hands of this disease. Saunders was an Ohio native as he was born in Cleveland and attended Cuyahoga Heights High School.

Saunders became the President of Basketball Operations for Minnesota in May of 2013, where Kevin Love wold play his last year there in the 2013-14 season. Now a member of the Cavs, Love, gave out a heartfelt message regarding Saunders’ passing on Instagram.

Flip you were one of a kind. Great basketball mind and even better human being. You had a great impact on my life personally and professionally. RIP my friend. Prayers are with the Saunders family during this time.

LeBron James, who knows basically everyone in the league, also sent out his condolences via Twitter:

My condolences to the Saunders and @Timberwolves family! Lost a great person in our fraternity way to early. So sad #RIPFlip