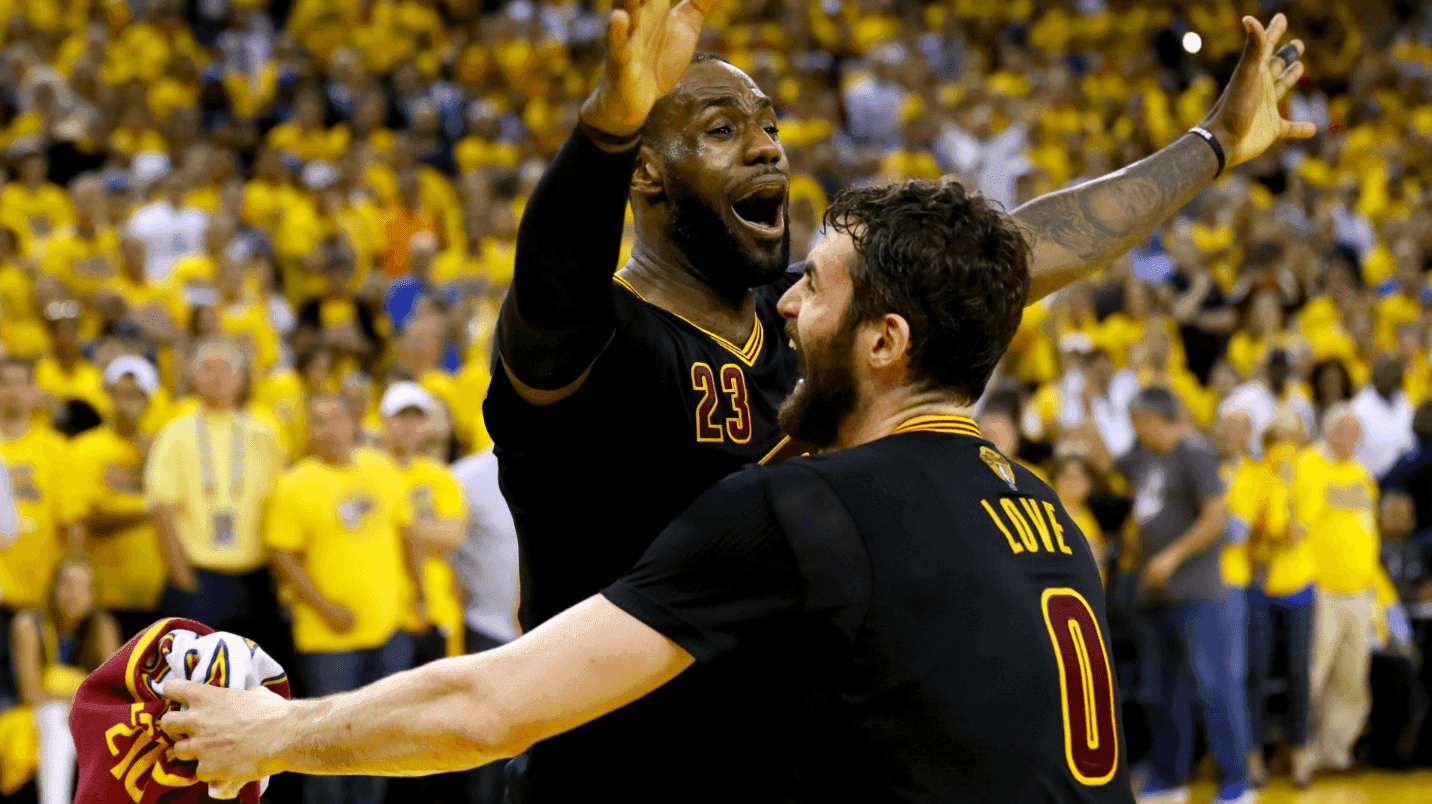 No one has undergone more scrutiny or criticism than Kevin Love since he made his switch from Minnesota to Cleveland. Even as he continued to produce during the first rounds of the playoffs, as well as the conference finals, doubters still had questions on whether he fit during his up and down NBA finals. Battling concussion as well as matchup problems, the same narrative arose, is Kevin Love the right man for this team to win a championship with? Does he fit? Why isn’t he putting up big numbers?

Despite all the outside noise, Love went on to comprehensively silence the doubters as his monster game seven performance on the glass answered all those questions. He put in nine points, had 3 assists, 2 steals and pulled down a massive 14 rebounds. In the 30 minutes Love took to the floor, the Cavaliers outscored the Warriors by 19, the biggest mark by any player on the night.

Then came THAT moment. The moment when Kevin Love proved everyone wrong. The biggest moment in his career…THE STOP! But even before the stop, or the shot, or even the block, there came a moment where Love knew he was going to walk away from Oracle Arena an NBA championship. Love spoke to Carter Rodriguez of Fear The Sword and discussed the exact moment he knew.

“I always tell people, I remember one of the timeouts coming in the late 4th quarter and I come to the bench and I look to the side of me and I see J.R., I see Bron, I see Tristan next to me on my left, Kyrie to my left and Coach Lue comes in and I just remember the sense of calm between us five playing and Coach Lue, and I thought to myself: “We’re gonna win this game.”

Love understood the resilience of the players he was sitting next to, and knew they would overcome anything.

“We made so many big plays down the stretch that ultimately helped us win the game. There was definitely a lot of pressure, but we were able to get out of our heads and overcome that, and like you said, brought the state of Ohio and the city of Cleveland their first major sports championship in 52 years.”

After countless trade rumors, as well as discussion on who won the trade between the Cavs and Timberwolves for Andrew Wiggins and Love, winning the NBA championship answered all the questions and left nothing to imagination.

Kevin Love is an NBA champion, and he knew it before all of us.