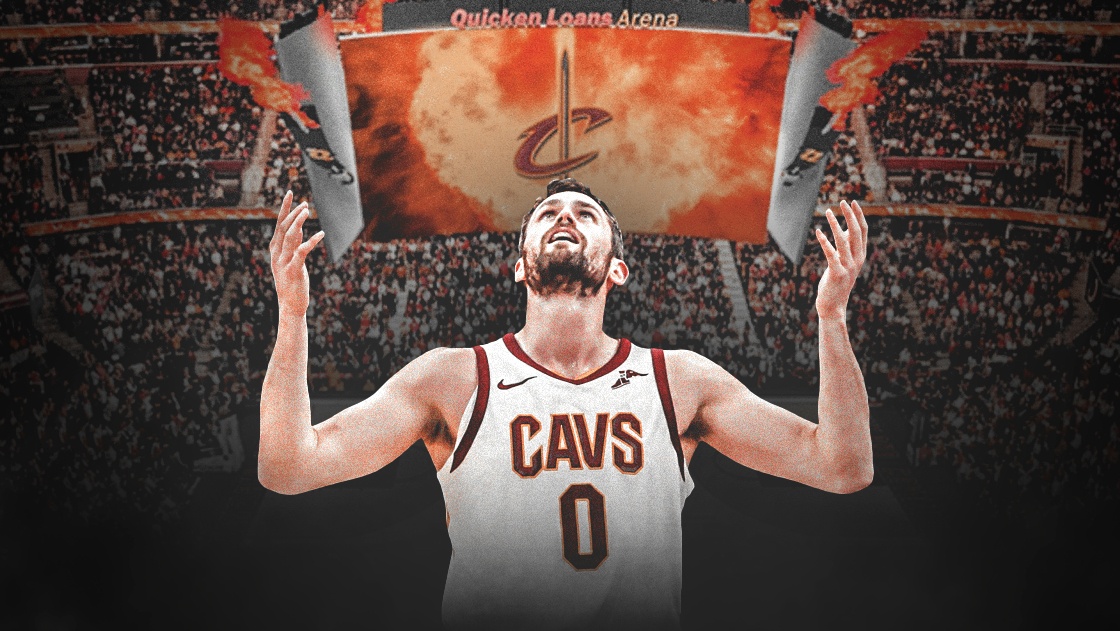 Kevin Love Is Key To The Cavaliers Rebuild

Kevin Love Is Key To The Cavaliers Rebuild

Kevin Love has spent so much of his Cavalier career working within the constraints of LeBron James’ shadow, it’s easy to forget he once shined as one of the NBA’s brightest stars on his own. Playing with LeBron narrowed Love’s role so much, he became as noted for all he couldn’t do as for what he could.

In Minnesota, Kevin Love was one of the league’s most multi-faceted players. He was a veritable swiss army knife of options from the power forward position, scoring from the post, rebounding like a center, shooting like a wing, and passing like a guard.

But the true brilliance of Kevin Love’s game wasn’t in being the best shooter, rebounder, passer, or scorer; he was never any of those things. It was in his ability to be good in all of them and seamlessly blend one aspect of his game with another.

His game was truly better than the sum of its considerable individual parts. Love combined efficiency with utility, propping up an offense by filling in the gaps of flawed rosters and enhancing them.

Cleveland was a different beast. LeBron James controlled the action with everything fitting around the best player in the world. Love playing with LeBron benefited the Cleveland Cavaliers greatly but did little to help his individual game flourish.

LeBron James is such a dominant all-around force, the pieces around him are often deconstructed into what can be most useful to him, which isn’t selfish. James is a better creator, post option, and passer than almost anyone in the league. For the Cavaliers, it meant using Kyrie Irving as a guided missile, unleashing his one-on-one scoring situationally instead of guiding an offense; or limiting Love to spacing the floor and some secondary scoring.

Unlike Irving, Love’s game doesn’t feature any single dominant trait to help him impose his will in such a narrow role. Stationary spot-up shooting and post mismatches are things he’s good at but not elite. And the less room his overall game was given to breathe, the more his defensive limitations were exposed. Still, even those were only truly damning against the Golden State Warriors.

Cleveland is betting their All-Star big man can recapture something approaching his All-NBA form, inking Love to a four-year, $120 million extension, putting him under Cavaliers control for the next five years.

Back issues and age give some pause, with concern the rigidity encroaching upon his spine and joints might creep into their cap situation as Love hits his mid-30s. This rebuild, not even yet in its infancy, is more than flexible enough to handle Love’s contract. Despite some questions over the Cavaliers taking on long-term salary, keeping him will be vital to whatever path Cleveland takes.

A lot of transactions are evaluated through the lens of building towards championship contention or tearing down to start the process of it. Little support is given for transactions sitting in between, which is where most of the NBA lives.

There are no contingency plans to mitigate the loss of LeBron James; especially not in the immediate aftermath of it. For a franchise with such an unclear future, locking into the tiniest bit of certainty while its world collapsed around it isn’t the worst outcome in the world.

To determine whether Love’s deal is a negative value for the Cavaliers, there are three questions to consider given where Cleveland is as a franchise:

Where does Kevin Love’s contract extension leave the Cavaliers’ cap space beyond this season?
How might Cleveland have better used this cap space or minutes?
What is Love’s on-court impact on the younger players around him who will need development minutes and touches?

Without knowing where the rest of the dominoes will fall, Love’s extension has no impact on the Cavaliers’ long-term flexibility.

Here is the Cavaliers’ roster through the 2023-24 season, where only Love and rookie point guard Collin Sexton are under contract. A line has been added titled “Cutting Non-Guarantees” to indicate how much cap space Cleveland would have for the 2019-20 season if the Cavaliers waive all partially guaranteed contracts. There’s also a look at what total salaries (including the Love extension) would look like if the Cavaliers added a second max player at the 30 percent seven to nine  years experience mark:

Look at the following visual representation of the Cavaliers’ cap space moving forward, with the blue representing player salaries, the yellow representing cap space, and the wine color showing the space before the Cavaliers hit the luxury tax.

The blue line plotted across them all is where Cleveland’s salary would sit if they signed a second star or took on a bad contract to accumulate assets.

Even with Love, Cleveland’s books are clean enough to add a second star or pivot and rent out its cap space for draft assets while still filling its roster out with reasonable extensions for Larry Nance, Rodney Hood, and Cedi Osman, with other draft picks and filler.

As for how the Cavaliers might have better used their money? Cleveland without LeBron James is a free agency wasteland. The cap space they would’ve been able to rent out over the next two years isn’t as compelling in a summer of 2019 market where everyone has cap space again.

Provided Love doesn’t bottom out, there will be a team that misses out on the 2019 free agency bonanza looking to add an impact player. Chances are, Love doesn’t finish this contract in Cleveland. Over that time, a productive Kevin Love under team control for several years will probably carry more trade value than any Cleveland prospect, cap space, or draft pick.

The biggest drawback is the Cavaliers not completely tanking for better draft picks. But even the Minnesota Timberwolves accumulated lottery picks in Love’s prime when the lottery odds weren’t as advantageous to the mildly competitive teams as they will be next year.

This is a solid deal for a team biding its time in NBA purgatory.

Last season, Love averaged 17.6 points and 9.3 rebounds per game, hitting 41.5 percent from deep and 45.8 percent overall while getting only 12.4 shots per game. His last year as the featured option in Minnesota, Love averaged 26.1 points, 12.5 rebounds, and 4.4 assists per game.

The hope is with his preferred on-court real estate now cleared of LeBron James, he can up his usage once more in a far more creative offense. The difference between Love and other conventional stretch big options is the versatility of his shot. In Minnesota, he was able to pull off dribble handoffs and curling off pin-down screens, weaving through the defense off the ball like a guard.

One of the NBA’s best combinations of size, skill, court awareness, and shooting could whir to life once more, picking his spots while perpetually distorting matchups.

His pairing with Sexton should also be beneficial to each, individually—even if the potency isn’t there as a team.

The LeBron James-Kevin Love two-man game was never as dynamic as envisioned because it often simply meant two like-sized defenders simply switching the match-up. A point guard and big pick-and-pop at least forces a decision.

Love’s ability to step back for a three on the move should clear room for Sexton to get downhill, where he shines while giving Nance some room to operate from the dunker spot lurking along the baseline.

He can initiate a sequence from the elbow, fade into the background to let Hood or Sexton go to work, and emerge to bail out a stalled possession with a bit of improvised movement—all within the same game or even possession.

Years ago, we saw Chris Bosh sacrifice so many aspects of his game with the Miami Heat to maximize the team around LeBron James and Dwyane Wade. Unfortunately, health issues derailed his career before we could see how much of it he could reclaim.

Now, Kevin Love gives us another opportunity to see how this might play out. Love won’t ever lead the Cavaliers to another championship, but he can provide enough of what Cleveland needs right now. 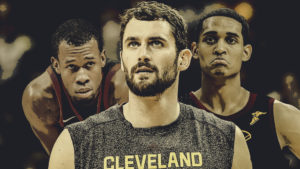