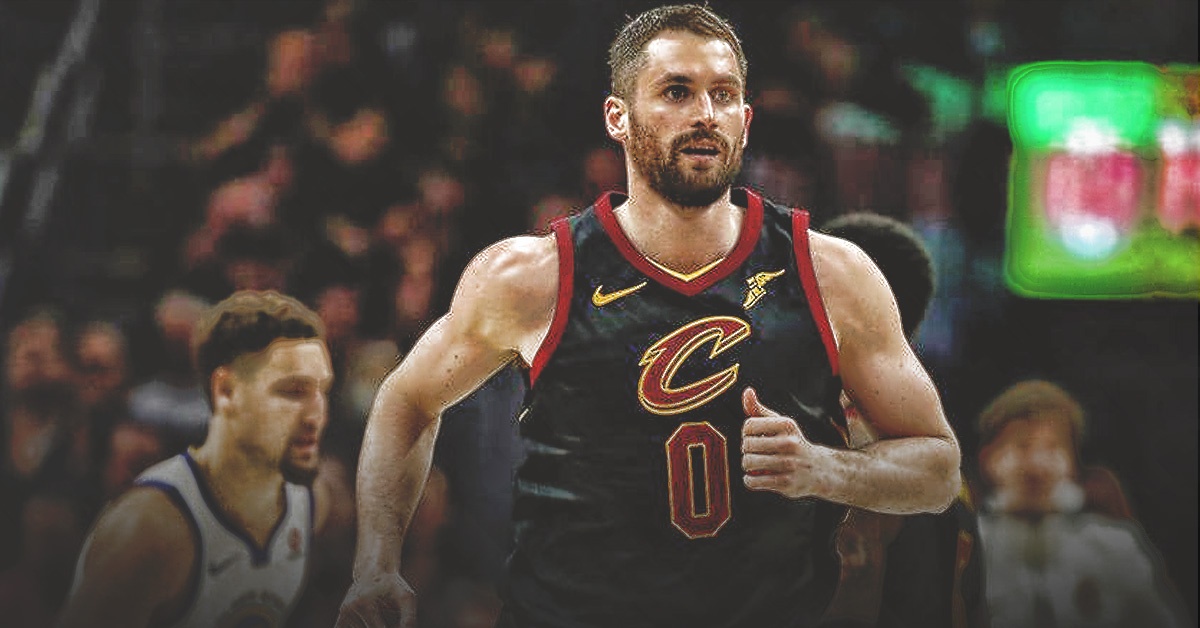 In an interview with Sports Illustrated‘s Rohan Nadkarni, Cleveland Cavaliers power forward Kevin Love discussed the expectations he has for himself in his first season as the first option on a team  since 2013-14, when he was starring for the Minnesota Timberwolves.

While comparing his ability to dominate at this point in his career to his Minnesota heyday, Love was quick to say that these next few years would be “different” than it was then because his style of play has changed.

“I think in some ways it will be similar but also different. Then I was a lot more back-to-the-basket player, even though my last couple years I was still getting up a lot of threes. I was getting to the free-throw line a lot. I think now I’ll be much more perimeter oriented. There will be times when teams are playing small, there will be mismatches for me playing in the post, and it could look a little bit more like when I was in Minnesota.”

“Statistically, I’m not expecting to be at 26 and 12 or whatever it was. I expect myself to have nights where that is the case. But I think my maturation and evolution as a player and leader, I’m going to do whatever it takes to win. I’ve sacrificed in the past. I know what it takes to win in this league. And it’s going to be something we’re going to have to build. It can’t just be about me.”

A five-time All-Star, Love has said some version of this statement multiple times and every time he’s asked about returning to Minnesota form, when he was arguably the best big man in the league and found himself ranked in the top-5 in points and rebounds per game in 2013-14. However, this is the first time that Love has went so far into detail about why his play would be different than it was then.

Love has said that his evolution as a three-point threat is the biggest change that he’s made to his game over the course of the years and both the numbers and eye test tell that story.

While Love did make a career-high 190 three-point field goals in 2013-14, in the five previous seasons he had only made more than 100 three-point attempts in one other season (2011-12). However, in the four seasons since joining the Cleveland Cavaliers, Love has made at least 130 three-pointers in every season.

Furthermore, Love is becoming increasingly efficient from three despite stretching his shooting range to a few feet behind the three-point line.

Compared to the 133 hook shots he took from the post in 2013-14 (per NBA Advanced Stats), his 53 hook shots in 2017-18 are an alarmingly low number but speaks to that very difference that Love noted in his game. Hook shots are Love’s go-to move in the post and last season, he took nearly a third of as many hook shots as he took in his career-year. Having slimmed down to a model size, literally, it shouldn’t be surprising that Love’s ability to score against the burly big man that anchor a defense has taken a hit.

However, with Love’s prolific three-point shooting, the Cavaliers will be able to attack the rim and take advantage of the strengths of players like rookie point guard Collin Sexton and shooting guard Jordan Clarkson more often.

With the trend of the NBA moving towards smaller lineups, Love will have his chances to dominate in the paint. Just don’t expect Love to look like he did in Minnesota; he isn’t the same type of player. 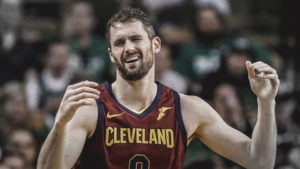 JUST IN: Kevin Love says “it’s not like I forgot how to play basketball”
Related TopicsCavaliersKevin Love