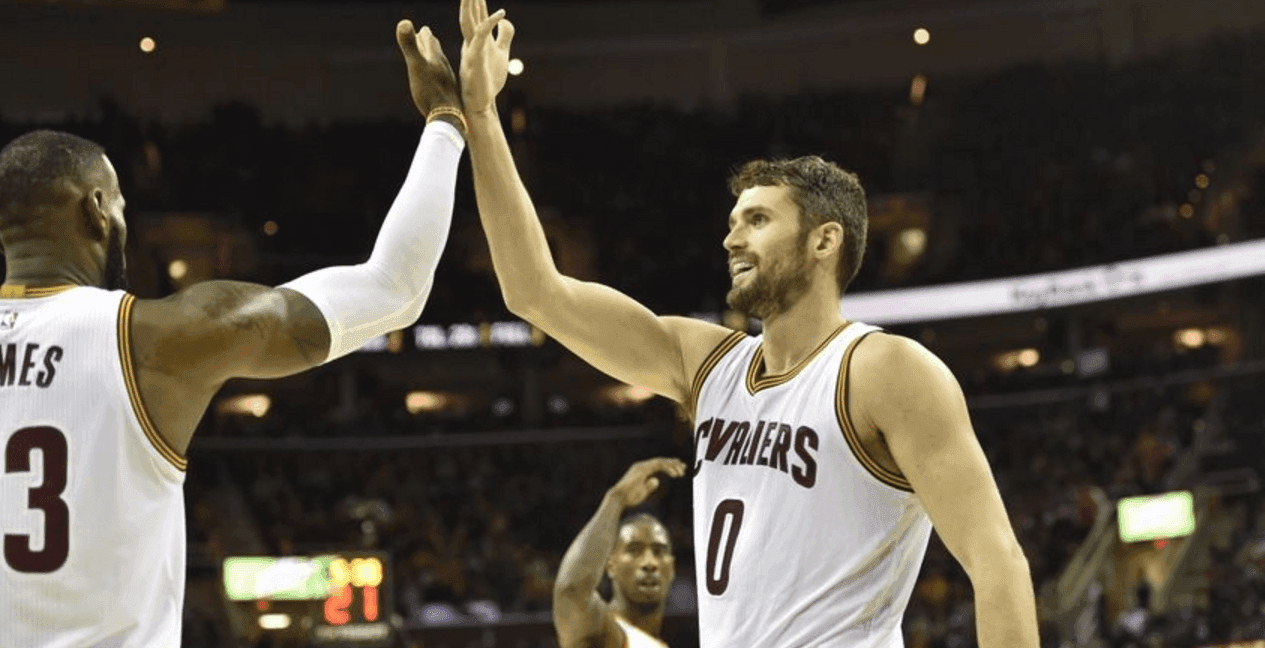 On Monday morning, the NBA announced that Cleveland Cavaliers forward Kevin Love has won the Eastern Conference Player of the Week award for games played between November 21 and November 27. Love led the Cavs to a perfect 3-0 record this past week, winning the award for this first time since his arrival in Cleveland.

LeBron James won the award during the first two weeks of the regular season as the Cavs went 6-0 in two combined weeks, but Love’s stellar averages of 30.7 points, 9.7 rebounds, 2.7 assists and 1.3 steals in only 29.3 minutes this past week earned him the award.

In the first game of the week, Love put up 40 points, eight rebounds, and three assists in a 137-125 victory over the Portland Trail Blazers. Love set an NBA first-quarter record by scoring 34 points on 11-14 from the field and 8-10 from beyond the arc. In addition to the first quarter record, Love’s 34 points were the second most points in a quarter in NBA history.

In the second game of the week, Love torched the visiting Dallas Mavericks for 27 points, 10 rebounds, four assists, and three steals in a game the Cavs led by 40 in the first half (68-28) and as many as 45 points. The hot shooting continued for Love, who made 7-9 from downtown.

In the third and final game of the week for the Cavs against the Philadelphia 76ers, Kevin Love put in 25 points and 11 rebounds in a game that saw the Cavs start out 0-14 from the field. Anyone not named Kevin Love, LeBron James, Kyrie Irving, or Tristan Thompson struggled mightily to put the ball in the basket.