Kevin Love (Back) Set To Return Sunday Vs. Chicago Bulls 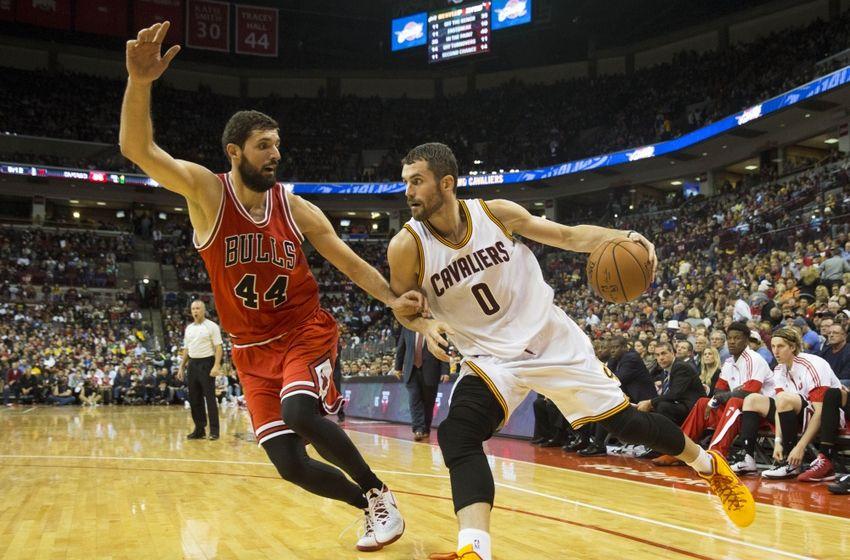 Kevin Love, who missed the final matchup against the Miami Heat Thursday night, will return Sunday for the Cavs’ final matchup with the Chicago Bulls.

Love missed Thursday’s game after taking an elbow to the back Sunday against the Philadelphia 76ers late in the fourth quarter. He was unable to finish the game, going back into the locker-room in the Cavs’ 87-86 home victory.

Love reportedly looked good at Saturday’s practice and said himself that he will play against the Bulls on Sunday. He also mentioned taht he has never felt healthier this season, so he should be ready to end the season on a high note.

RELATED: Top 5 injuries and how they’ll affect the Eastern Conference

Kevin Love (back) says he will be good for tomorrow's game against Bulls.

Sunday’s game against the Bulls, is no ordinary regular season game. Love will be back, and Derrick Rose could also be back for Chicago after surgery to repair a torn meniscus. Aside from both teams possible being at full strength, Cleveland (49-27) is three gull games ahead of Chicago (46-30) in the standings with the season series currently being led by Cleveland at 2-1. Winning the tiebreaking game would give the Cavs a full four game lead and a 3-1 season series victory that would allow Cleveland to secure the second seed and have home-court advantage over the Bulls should they finish with the same record at the end of the season.