Kevin Love says he doesn&#039;t need All-Star appearances to prove his worth 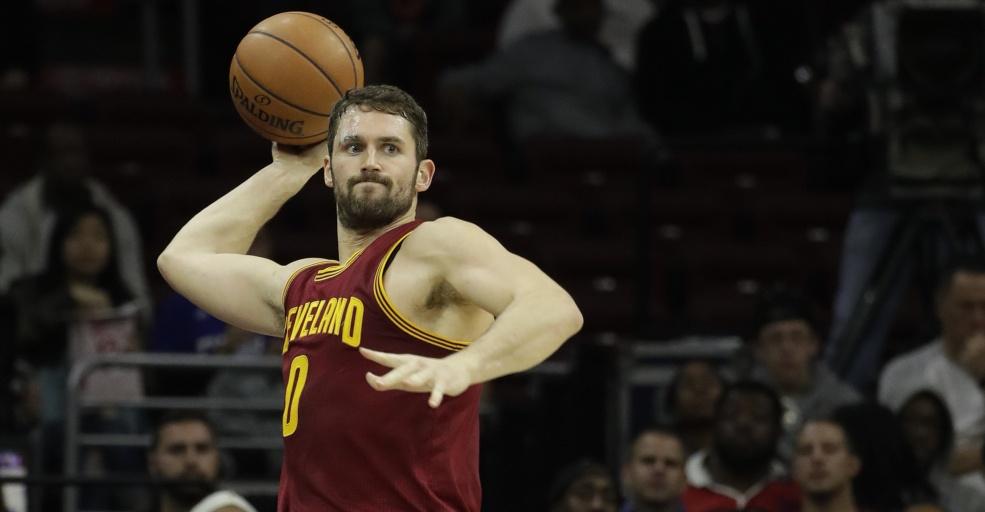 After undergoing more scrutiny and negative media attention than most players since joining the Cavaliers, Kevin Love is back flourishing as one of the best power forwards in the NBA, and is playing the type of basketball we all envisioned when he departed Minnesota for Northeast Ohio.

After capturing the championship and being and integral part of the Cavs’ playoff run as well as a big Game 7 performance, Love is now comfortable and it’s showing on the court as he’s been dominant to start this season. He is currently averaging 22.2 points per game, 10.9 rebounds per contest and shooting a blistering 41.1% from downtown. The Cavs are on top of the Eastern Conference, and Love finds himself as one of only 13 players in the league averaging a double-double.

The UCLA product has been supreme, and has been at the heart of everything good for the Cavaliers so far this campaign. Love is displaying his full repertoire offensively, and an upcoming return to the All-Star game is likely. Despite his excellent ongoing case for the All-Star game in New Orleans, Love doesn’t need it to validate his ability, via Chris Fedor of Cleveland.com.

“I think you come in every year hoping to play well, play your best and I believe in my heart every year – and it’s not like I forgot how to play – I’m an All-Star caliber player. I don’t necessarily need All-Star appearances to show that,” Love said. “If we continue to win and we keep playing well I think there’s a goal and it’s within reach. But it’s not something I’m going out every night saying I have to be an All-Star.”

Love is playing his best basketball since putting on the Wine and Gold uniform, and he discussed the reason why he looks so comfortable out on the floor every night.

“I also think the fact that us winning a championship and winning changes a lot of people’s perspective on things and you don’t really know what that means until you go through that,” Love added. “I think that is different. You mentioned that being the end goal. You have individual goals, but it has to fit within the landscape of what we’re doing.”

There is no doubt Love has now “fitted in”, and it has taken the Cavaliers as a collective to a whole new level. He was great in the Cavs’ recent triumph over the Warriors, and his excellent play will only aid the defending champions in their hopes of retaining their title.

Expect to see him in February in New Orleans as an Eastern Conference starter if he and the Cavs continue on this upward spiral.