Kevin Garnett and Gary Payton weigh in on Korver deal 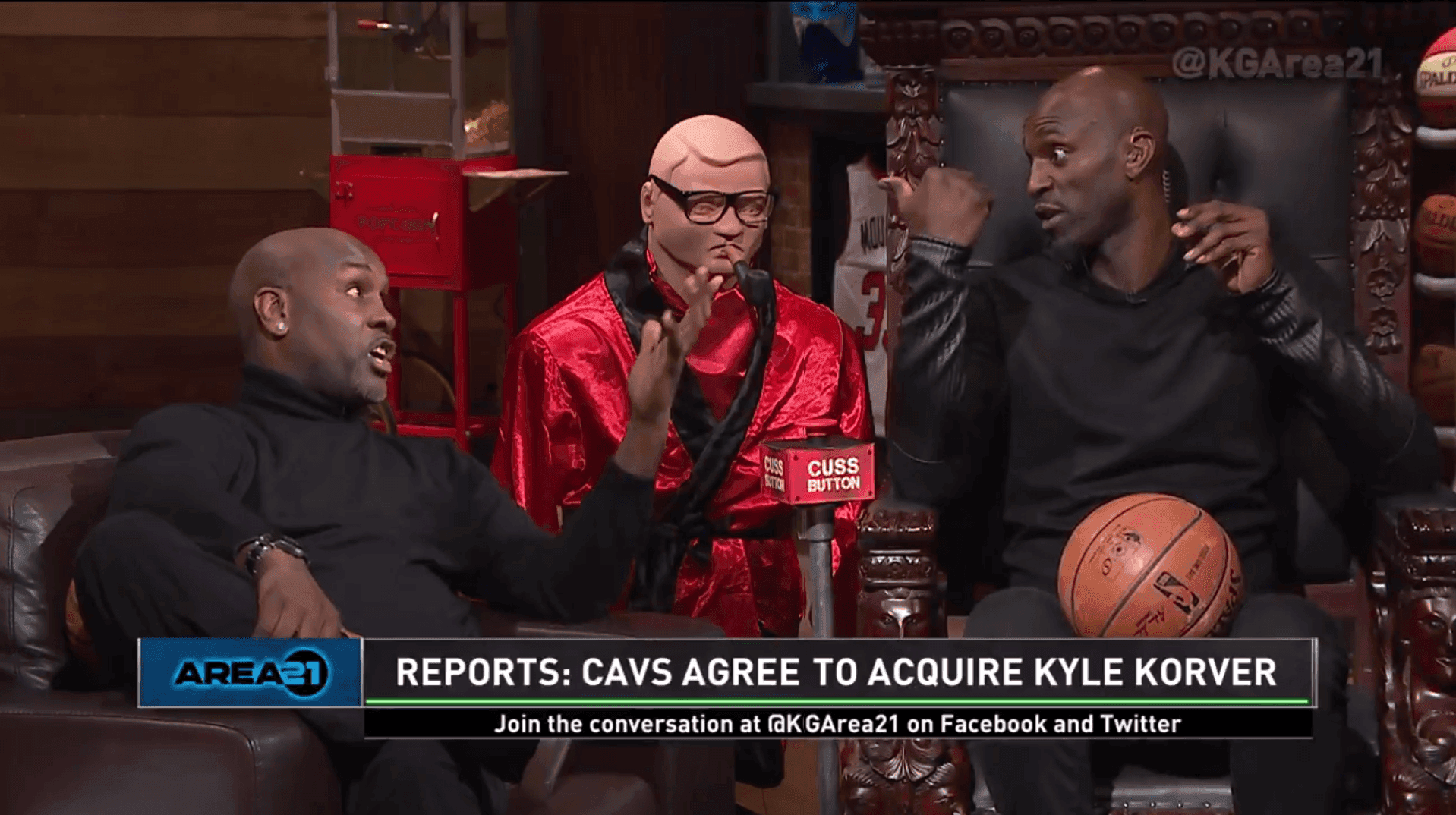 In lieu of Kyle Korver’s trade to the defending champion Cleveland Cavaliers from the Atlanta Hawks, several members of the media have weighed in with an opinion, including former NBA stars Kevin Garnett and Gary Payton.

Together, Garnett and Payton host a basketball-based discussion show on TNT called “KGArea21.” After hearing the news of Thursday night’s Korver deal, Garnett asked his co-host to weigh in on Cleveland’s transaction.

“Just learned that Kyle Korver is going to Cleveland,” Garnett said. “How does that change everything in the East?”

Payton, seemingly in approval of the trade, replied with a confident demeanor.

“That’s going to be a big, big plus for them. Shoot, even with J.R. (Smith) coming back, they can match up with Golden State. I think they (Cleveland) made this move for if they go to the (NBA) Finals and then play Golden State again.

“It will be all four guys who can match, because you know Golden State goes with the small ball, so that will be good. Then you get LeBron (James) over there on the wing. Who you going to leave? LeBron is going to be in a one-on-one with somebody who can’t guard him; a Draymond Green or somebody like that who can’t really match up with him. But then, if they try help, he’s shooting and it’s nothing but buckets.”

Garnett chimed in to speak about Cleveland’s threat from the perimeter.

“You got J.R. Smith, Kyle Korver, along with Kevin Love and Kyrie (Irving) – who you leaving?”

“You can’t leave nobody,” Payton replied with a raised eyebrow. “Can’t leave nobody. Even when they put Fryer (Channing Frye) in the game, he stretches the floor. So that’s a good move by Cleveland.”

KG and GP on Kyle Korver heading to LeBron & the Cavs… #KGArea21pic.twitter.com/vQrNXXsn1k