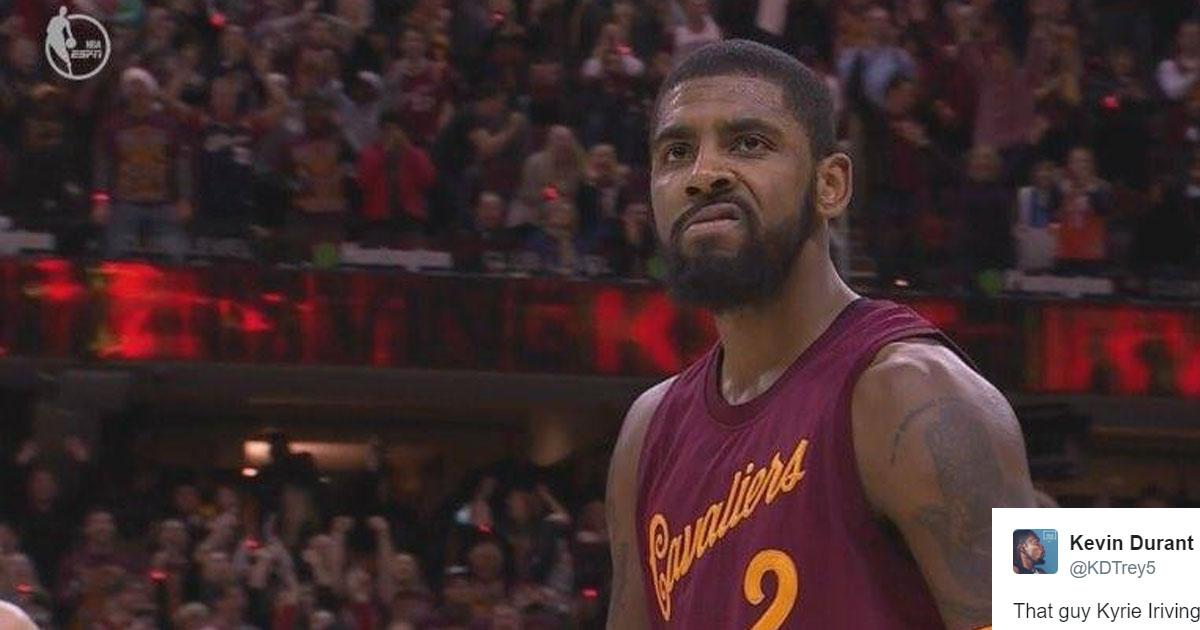 After five years of being a Cavalier, Kyrie Irving has certainly earned every ounce of respect he deserves. More specifically, the one year Duke product has been a nightmare for the Golden State Warriors, and the infamous super team has had trouble holding him down. Just look at the numbers he puts up against this Western Conference powerhouse:

Irving seems to show no fear against the Warriors’ scheme, and his clutch daggers to seal away the Warriors in games everyone seems to be watching is almost natural to him. The rivalry between the Cavs and Warriors continually grows each and every day, and Irving just wants all fans to know who is on top.

Ironically, the Warrior’s newest key contributor had some good things to say about Irving… over five years ago…

Kevin Durant knows when he sees prime talent, and it’s unfortunate (to him) that this “really good” athlete has a knack for putting the final nail in the coffin for the Warriors. Even with Durant’s 36 points, three assists, and 15 rebounds, the Warriors could not hold on to their consistent lead, losing in a narrow 109-108 fashion.