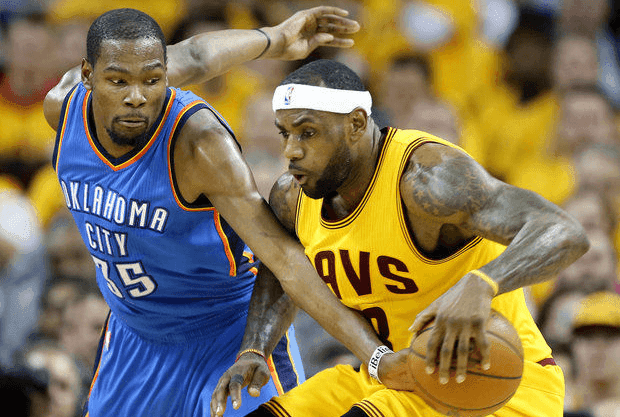 Kevin Durant is in the middle of a Nike promotional tour for his shoe, the KD8’s, and he recently sat down with a fanpage called NBA Maniacs to talk basketball. The website, however, is published in Spanish, and when he was asked who his all time starting five would be, Durant responded with some players who are, no doubt, in the top 10 all time. Here’s the translated answer courtesy of CBS Sports:

“Well, good question. I would stay with Magic Johnson as a basis for their exceptional height, vision and be a triple-double machine. As guard Kobe Bryant is a legend and five-time champion. It’s been half-life in the NBA! Michael Jordan like three. Sorry for Larry Bird , but I have to let him out for Kobe. As a power forward is difficult, between Karl Malone, Tim Duncan … I stay with Tim Duncan . For longevity, the securities and the impact it has had and still has on the court. And Shaquille O’Neal as a dominant power forward.”

Durant’s all-time starting five surprisingly does not include Larry Bird, Wilt Chamberlain, or his good friend LeBron James. Maybe Durant is still frustrated that he lost to James in the Finals back in 2012. Then again, there are a lot of all-time greats, and it’s hard to argue against the spectacular five that Durant chose anyways.